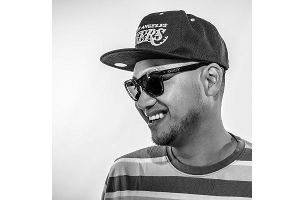 The move marks a return to TBWA\Chiat\Day for Jerico, who began his career at the agency working as an account executive on the Playstation, XM Satellite Radio and Rock the Vote accounts.

“Jerico has solid agency and client side experience combined with a keen understanding of sport and youth brands, as reflected in the award-winning and culturally engaging work he’s been involved with,” said DeAnda. “As Gatorade continues its evolution from beverage to bona fide athletic brand, I know that Jerico will bring passion, brand smarts and a fresh perspective to the business and to our agency. We are thrilled to have him back in the building.”

Jerico comes to TBWA from Wieden+Kennedy New York, where he was Account Director on the Jordan and Sprite brands. Notably, Jerico led the core team that produced Jordan’s acclaimed #RE2PECT integrated campaign to honor Derek Jeter’s retirement season. Prior to W+K, Jerico was an Account Director at 180LA, where he led the adidas basketball account and helped launch NBA great Derrick Rose’s signature shoe.

Jerico also spent time on the client side, working as Global Marketing Director for Oakley, leading advertising and creative execution for the brand.

A native of California, Jerico graduated from California State University – Long Beach. His first day at TBWA\Chiat\Day will be November 16.