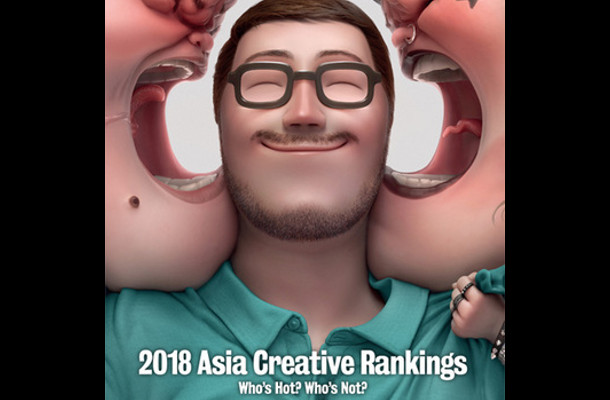 TBWA\Asia celebrates a jump in the region’s most respected creative ranking, CampaignBrief Asia, from #4 in 2017 to this year breaking into the top three, with four agencies listed in the 25 Hottest Agencies line up. Kazoo Sato (Japan), Melvin Mangada (Philippines), Veradis Vinyaratn (Thailand), and Ronnie Wu (China) were also named in the Most Awarded Creative Leaders list.
The collective secured Creative Agency of the Year titles in China for the first time, the Philippines for the third consecutive year, and Sri Lanka for the second consecutive year.
Agencies contributing to the Asia collective’s creative success include:
- TBWA\SMP Philippines, for the third consecutive year maintained its dominant position and was once again crowned Philippines Agency of the Year.
- TBWA\Shanghai, who jumped from a ranking of #5 in 2017 to be named China Creative Agency of the Year as it secured the number one spot with 800 points.
- TBWA\Sri Lanka taking top spot for the second consecutive year.
- TBWA\HAKUHODO named #2 Most Awarded Agency in Japan behind market heavyweight Dentsu.
- TBWA\Thailand maintained its top five ranking, while TBWA\Singapore continues to move up the Singapore local ranking.
TBWA\Asia also had 20 Creatives listed in the Top 100 Most Awarded Creative Ranking in Asia.
view more - Awards and Events