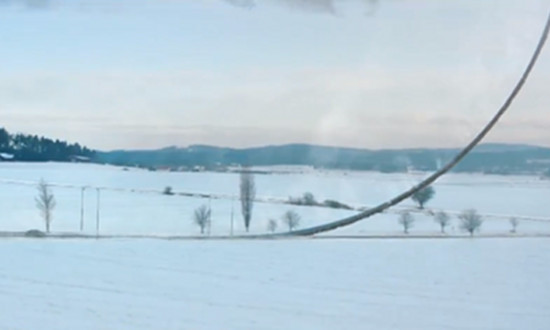 Nissan in cooperation with TBWA\G1 and TBWA\Moscow introduces the advertising campaign for the new Nissan Almera.

The campaign entitled “Forget About Bad Roads”, was created by TBWA\G1 and TBWA\Moscow and launched in the Russian market in April 2013. It includes TV and radio commercials, print, OOH, digital and retail.

Alexandr Kisulenko, Brand Manager of Nissan Motor RUS: “Specially developed for Russia, the new Nissan Almera gives extra confidence to its owners thanks to incredible adaptation to Russian driving conditions. Even if the road conditions are poor, the weather is bad, the ride long and the luggage massive, the driver of Nissan Almera will be protected thanks to the car functionality. To visualize this to our target audience in the launch communication we used the idea “Forget about bad roads” which is capable enough to communicate on the product features of the car”.

Nissan Almera’s target audience is strong personalities who value products that live up to the challenges of environment. Ewan Veitch, President of TBWA\G1 comments: “The new Nissan Almera is an innovative new car that will deliver excitement to our target market in Russia. Our campaign aims to deliver a clear understanding what the innovations are and show how they deliver excitement to our drivers in a relevant and impactful way.”

Anton Shukaylo, senior strategic planner of TBWA\Moscow, explains communication strategy of the campaign: “The Almera was made for Russia. It means it will be used on rough roads. Because of the poor conditions of our roads, comfort and confidence behind the wheel are basic driver’s needs, especially in the regions. This is what our advertising campaign depicts; when you are buying Almera you are buying confidence on any road”.

To create the TVC, TBWA team collaborated with The Salto Brothers directors. According to the plot of commercial – good road with modern infrastructure is going forward as the car moves along – driving Nissan Almera turns any Russian road into a first-class highway. The spot shows that Almera possesses such features as perfect handling, high level of comfort and provides confidence to its driver in tough conditions of Russian roads and climate.

Andrey Ivanov, TBWA\Moscow Creative Director: «Nissan Almera is a story about Russia. We shot in the forest and unexpected snow has added the feeling of true Russia. The Salto Brothers had to shoot knee-deep in snow. However the shooting was absolutely positive and awesome».

Emotional musical backdrop by photographer, director and musician Woodkid exquisitely supplements video series to convey feelings of confidence and inspiration. The track ‘Run Boy Run’ is included in the first album released by Woodkid in the middle of March. The album skyrockets in iTunes chart during the first weeks and still holds a strong position there.