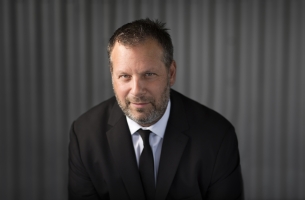 Rob Schwartz has been appointed as CEO of TBWA\Chiat\Day New York, one of the flagship offices of the TBWA Worldwide network.

“Over the last 16 years, Rob has built tremendous trust both at the client level and internally at TBWA because he listens, acts and most importantly, doesn't wait to be asked. He doesn't rely on relationships; he builds them through his energy and dedication to our clients, our culture, our people and our product. That's why Rob Schwartz is the right leader for New York,” said TBWA Worldwide President and CEO, Troy Ruhanen.

Previously Global Creative President for TBWA Worldwide, Rob moves to the new position to take charge of all operations for the New York office, solidifying its position as one of the leading pillars of the TBWA network and a center of excellence for managing complex global business.

During his time at TBWA, Rob has worked in a leadership capacity with global clients including Nissan, McDonald’s, GSK, PepsiCo and Johnson & Johnson. He played a crucial role in establishing the multi-discipline cross-Omnicom group, Nissan United, which is the central hub for all Nissan communications worldwide, based in New York.

“Leading one of the network’s key offices and working on our biggest global accounts over the past years, coupled with what I’ve learned from my mentors, Lee Clow and TBWA Chairman, Jean-Marie Dru, the inventor of Disruption®, has prepared me well to create an office that is a truly global client hub and cornerstone of the TBWA network. I’m excited to return to my home town, and for this next chapter in my TBWA career,” said Schwartz, commenting on his appointment.

Rob will be taking over from Robert Harwood-Matthews, President of TBWA\Chiat\Day New York, who announced he would be leaving the agency in the coming months to pursue other opportunities.

“Robert has been a hand raiser for TBWA in both the UK and here in The States for the last 12 years. He has never shied away from any task put in front of him and has always believed in the possible. This mindset is what has driven Robert to move in a new direction and will no doubt ensure his success. We wish him the best,” commented Ruhanen.

Commenting further on Rob Schwartz’s appointment, Ruhanen concluded: “The only way to control your destiny is to be closer to your client, more intimate with the category and always ahead of the competition. I demand this, clients expect it and Rob will ensure that this promise is delivered.”