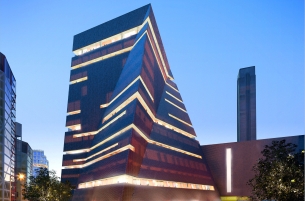 Tate has appointed Grey London as its creative agency for the Tate Modern, Britain, Liverpool and St Ives galleries following a competitive pitch.

The result of the process, which was run in-house and began in March, sees Grey take over from The Brooklyn Brothers – who had worked on the account from 2011 to 2015.

Grey’s first work on the account is due in Q4 2015 where it will begin to develop and execute ideas to launch the new Tate Modern building, due to open in 2016. The project will see Tate Modern increase in size by 60%, and welcome many more national and international visitors – especially younger people. This work will include content, social, digital and experiential ideas as well as in-gallery and more traditional media.

Grey will also work on a brand campaign for Tate Britain focusing on British art and its place in the public imagination.

Rob Baker, chief marketing officer, Tate, says: “It became apparent very quickly that Grey intrinsically understood our creative and communications needs as well as our industry as a whole. Importantly, the agency presented us with ideas rather than just ads, and its ethos of creating and influencing popular culture fits perfectly with what we’re trying to achieve as an organisation.”

Natalie Graeme, managing director, Grey London, adds: “Tate is one of those brands you dream about working with – especially at such an exciting stage in its history. To have such incredible galleries and world-class art as our paintbox is a huge privilege.  We have a programme of really interesting, non-traditional work lined up, and we can’t wait to get started.”