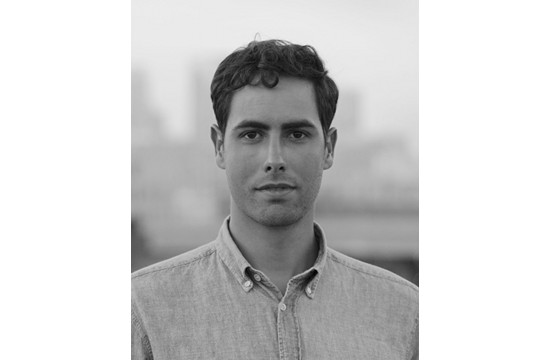 When you watch ‘Box’, it really is near-on impossible to imagine it being captured in camera. But it is. Through a series of robotics and projection mapping, creative technologist Tarik Abdel-Gawad created a staggering visual feast that leaves you wondering past its finish, and that landed him on a place on this year’s Saatchi & Saatchi New Directors’ Showcase. Ahead of the reel’s New York and Los Angeles screenings, LBB’s Addison Capper spoke with Gawad to find out more.

TA> I grew up in Half Moon Bay. It’s a small coastal town just south of San Francisco, mainly known for a big wave. I was a shy, kind of nerdy kid during school, but made time for plenty of adventures with a good group of friends. I was the one that never got in trouble but hung out with enough trouble makers to keep things interesting.

LBB> You work as a creative technologist - how do you channel that craft into filmmaking?

TA> Filmmaking has always been a technological process. I started exploring technology as a means to an end of creating films, but soon became equally curious about the technology itself. I think that's why I don't always follow traditional approaches to production. Most often filmmakers shoot something then manipulate their footage digitally. I like finding new ways we can use computers to generate unique physical environments and interactions to be captured in camera.

LBB> You worked on the set of Gravity - can you tell us a bit about your role on the film? How was that experience for you?

TA> There were three of us on set from Bot & Dolly responsible for the entire robotics system. We were in London for months, but I didn't get out much. We spent most of our time in a dark room with a large robot and an LED box. It was a great experience that exposed me to new levels of creative and technical thinking.

LBB> How did it feel to be featured in the new director’s showcase for Box?

TA> It's an honour to be part of the New Directors’ Showcase and to have had the opportunity to collaborate with an outstanding team at Bot & Dolly as the project’s Creative and Technical director.

LBB> Considering it’s all captured in camera, it’s completely mind-boggling to watch and comprehend. How did you manage it?

TA> Animation, robotics, and projection-mapping were all part of bringing ‘Box’ to life.

TA> I can't talk specifically about new work at the moment but I just released an older project, ‘Francesca da Rimini’, that focuses of synchronising ballet performance with robotic motion. There are two parts of the project, the resulting film and a process video.