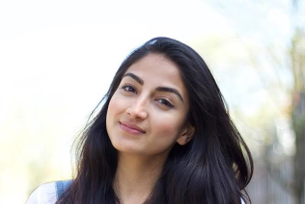 Finding the best way to engage a younger target audience can be a challenge. What do they value? Where do they consume content? What interests them? They move fast and change their thoughts a lot. Like a complete new species, they seem incomprehensible. Every time we think we've got our eye on the ball, they slip off into a new direction and we are left chasing behind them.

At a glance digital natives may seem like complex beings, however in other ways they are quite straightforward. These youngsters value variation above anything. Whether its topics, screens, devices, activities or interests, this age group is always leapfrogging to the next best thing. We could address them as 'snackers', tasting their way through life's trajectory.

This is also reflected in their content consumption. They are always on the lookout for easily consumable content that they can share with their friends before they ‘miss out’. The popularity of platforms such as YouTube, Vine and Musical.ly within this demographic is representative of this. A study by Nielsen confirms that the most popular websites for kids and teens aged 2-17 are video content distributors such as YouTube. What is even more important is that this study also revealed that watching videos on a smartphone is the most popular activity for kids aged 12-17, compared to using apps, browsing the web or accessing a social network.

So the content strategies we create need to tend to these thoughts and the significance of video. Rather than involving interruptions to their daily lives or wanting to create meaningful conversations, the strategies should be based on what attracts their attention: entertaining content that requires quick communication which will ultimately make their lives easier. Relevancy is key here.

Brazilian flip-flop brand Havaianas embraced these facts in their latest campaign, aimed at increasing brand awareness within a younger target audience. For #MyHavaianasSummer, the brand teamed up with 6 well-known European vloggers to create exciting, relevant and snackable content. Together, they travelled to Brazil to immerse themselves in the Brazilian spirit. The vloggers were provided with the tools they needed to create fun vlogs about their experience. However these were not centered around the flip flops, but rather the fun and colourful lifestyle that Havaianas stands for.

In giving the influencers creative freedom to produce content original to their style, the brand were able to leverage their connection to the target audience. In the end, these vloggers understand their followers better than anyone and know exactly what is found interesting. This strategy was a perfect solution for the brand to get closer to their target audience. It resulted in beautiful content that showcased a perfect mix between brand story, influencer authenticity and target audience relevancy.

Another great example of a snackable content strategy was created for Action, a Dutch discount store chain. Influencers created #Cool2School videos to promote the store's school products which were published during the 'back to school' period. This focused on the teenager's desire for unique, affordable school supplies (that they would want to spend their money on). Action seized this opportunity by asking highly engaging vloggers to create shop-logs, DIYs or challenges with its #Cool2School assortment. The vlogs even involved school visits and their followers loved it!

The key learnings from both campaigns? Relevancy rules. This can be achieved by either moving at the same speed as the target audience in offering them snackable content, or by inspiring them through a recognisable storyline. We are most likely going to have to keep chasing after the teen target audience, but as long as we respect their identities and listen to their needs, we'll succeed in moving them.