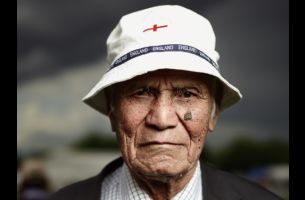 Since a high court ruling allowed Gurkhas to retire to the UK, a sizeable migration of Nepalese veterans and their wives have journeyed overseas to settle down.

Production agency Tapestry has announced that it is launching an exhibition of photographs of this community captured by Danny Bird. The prints will be shown at Tapestry’s gallery on Frith Street, London, from Thursday 6th October and throughout the rest of the month.

Danny lives in Plumstead - home to a large Nepalese community - and was interested in how the elderly immigrants have adjusted to an alien culture at such an advanced age. On making contact with the charity ‘Skills and Care’, he was introduced to some of the local elders, and over the course of the year has made a series of painterly large format portraits featuring a series of fascinating faces. 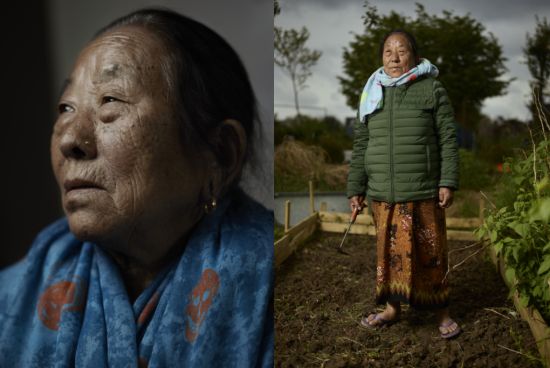 The general public perception is of the success of the Gurkha Justice Campaign. But the story is more complicated, and not without issue. There is poverty and plenty of work to be done to make life easier for these people. Skills and Care are doing a great job in this respect, working on education projects, teaching English and creating an allotment to bring part of their home life to London.

Tapestry will be supporting two Nepalese charities, London based Skills & Care as well as Help Nepal, which focuses on reaching those most in need in remote parts of Nepal.

Prints will be for sale, which Tapestry has generously made free of charge, meaning that any money raised from print sales will go directly to the charities.

The exhibition has been generously supported by Gurkha beer.