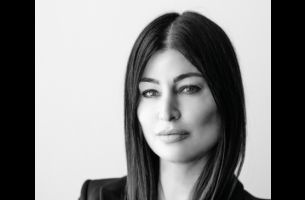 Syyn Labs, led by Adam Sadowsky, designed and constructed Hearthstone’s 'The Boomsday Project' which has already been viewed over 250,000 times on YouTube. This multi-faceted and new media project illustrates the progressive mindset of Slash Dynamic: “We are defined by the many passions that inspire and drive us. Not limited to a title or role, but a sum of everything we do and create,” says Cohen. “Our diverse talent roster, capabilities and approach reflect this philosophy. We craft content in every form. Storytelling without boundaries.”

The company reflects an extension of what was created through Cohen’s time at The Cavalry, building upon the creative alliances established, while creating a fresh vision for the future.

Tanya Cohen’s background in advertising, entertainment and tech gives her a unique perspective across the media landscape, which is vital in this ever-changing hybrid world of production intersecting with art and technology. Being multi-faceted is essential to being successful in today’s climate. Tanya moved to London as a talent agent at the William Morris Agency, after successfully developing and producing films and television. After travelling the world and working with some of the most prolific talent in the industry, she landed in Los Angeles working in advertising as an executive producer. She managed business development, marketing and production for numerous ventures from commercial production companies to social media platforms, including award winning VFX studio, Digital Domain. She launched Slash Dynamic to be a blend of traditional high-end content, commercial management and production. Sister company, Adjacent, focuses on emerging media and next gen technology.

Slash Dynamic will be based out of Design/VFX studio Wolf & Crow, which will also allow them to partner and offer post production solutions for projects and clients. Chris Grest will serve as Head of Production and Slash Dynamic will be represented by Brent Novick on the West Coast, Miller + Miller in the Midwest, and Sharon Lew on the East Coast.