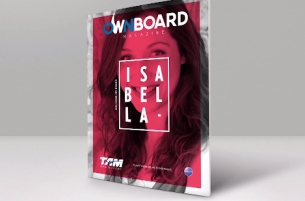 Inflight magazines are typically quite boring. Aside from attempts to complete a few clues in the crossword puzzle, most people don’t read them. Brazil’s TAM Airlines saw that as a wasted opportunity and decided to change consumer behavior and boost readership onboard. How? By creating “The OwnBoard Magazine,” an inflight magazine that is tailored to every individual passenger in every seat on the flight.

Thanks to the addition of Facebook Connect during the ticket purchase process, information such as friends, photos, likes, preferences, interests and social activity was automatically turned into customized content to make each magazine unique for every passenger. From the front cover to the last page, each article, photo and fun fact were customized for the passengers.

The results were amazing. Every passenger took the magazine with them when they landed and the average reading time during the flight increased by 1,200 percent.