AllTogetherNow wants you to #PickASide for the Mayweather v Pacquiao fight 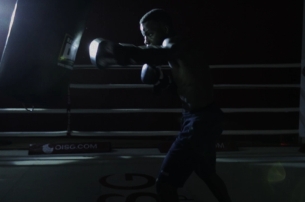 As the anticipation builds ahead of the $300million mega-fight between Floyd ‘Money’ Mayweather Jnr and Manny Pacquiao in Las Vegas this Saturday, everyone’s questioning who will seize victory.

To thrust the TalkTalk brand into the heart of the conversation AllTogetherNow has created a dynamic video. Set against the backdrop of a dramatic audio work that builds to a climax, the video swiftly takes viewers into the heart of the boxing community as experts and fans alike share their predictions for the biggest fight the sport has ever witnessed. The video has been constructed to be optimised for Facebook native video, making the most of the first five seconds of ‘scroll view’ to grab attention.

David Brady, Online Marketing Manager at TalkTalk, said “#PickASide is a great mechanic to amplify the Social conversation and gives TalkTalk a ring side seat for the fight of the century.”

Conor McNicholas, CEO of AllTogetherNow, said: “This has been a swift turn-around project but it’s been a thrill to run at that pace and capture the energy surrounding this awesome sporting event. We wanted to produce a video that would drive the viewer forward so they were desperate for the fight and ready to hear TalkTalk’s fantastic value offering.”

The content strategy and video were created by AllTogetherNow. Social activation is being handled by ArtScience.

On Sunday, 2nd May TalkTalk customers will be able to watch the fight of the century for just £14.95. Get ringside seats from the comfort of your own home via Sky Sports Box Office on TalkTalk TV.