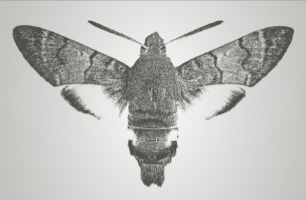 Following its successful breakthrough in 2014, Homespun and Stitch are proud to announce the opening of entries for Homespun Yarns' second successive year. Commercial Editing House Stitch launched Homespun in 2014 as an ideas-first editing collective which would seek to nurture young talent and support the best creative ideas, regardless of budget.

Stitch’s Founder, Leo King, Comments, “Often the most exciting and creative projects that come through the door are a director’s first music video or a producer’s first short film and they help keep the industry fresh by pushing boundaries. With Homespun and Homespun Yarns we have been able to pair these great projects with our own rising stars in editing.”

This year’s brief for Homespun Yarns is ‘Remember That Idea You Had’.  Homespun are looking for those stories — the scripts left unwritten, the ideas in the back of your minds, bags and closets. They invite anyone, regardless of background or experience, to share their great idea and turn it into an even greater short film. 3 winning ideas will be shortlisted and Homespun will provide £1500 funding to make each film a reality as well as providing free editing from the Homespun team if needed. The overall winning film will also receive a £500 cash prize.

The competition is now open for submissions until June 30th. The Shortlist will then be announced on 1st August following in-house judging from the entire Homespun Team. Managing Director of Stitch, Angela Hart, comments on the collaborative judging process, “The judging panel consists of the Homespun team from runner to MD, as a collective effort. We believe that everybody’s opinion is just as important.” The Awards Evening will take place in October where the final three films will be judged by the audience and Homespun’s panel.

Tim Hardy comments, “The great thing about Homespun Yarns is you never know what kind of project is going to come in. Last year we had everything from animations, documentaries to even an art installation. We’ve kept the brief quite open again, so we are hoping for another crop of exciting unexpected ideas!”

Music Company Room 24 are also joining this year’s roster of supporting parties, providing audio assistance for the three shortlisted entrants. Ross Wakefield, MD of Room 24 comments on this year’s involvement, “Homespun came to us this year and got us on board to score the promo films, we jumped at the chance and subsequently hatched a plan to have more of an involvement.

In terms of what we’ll provide, it really depends on the requirements of the director/film itself. Whether it be advice on developing their score, on recording, help with production elements and perhaps even the odd bit of composition. We’ve got a ton of incredible musicians and vocalists that we can connect people, plus give them access to our extensive library, so who knows? It’s just going to be very exciting for all of us to see what creative opportunities arise.”

Zak Razvi comments, “I’d approached Jordanne before submitting to Homespun in 2014. I’d read about her in a small newspaper article and reached out with the idea of making her the focus of a short documentary. I heard about Homespun, so entered to see if it would be a project they’d be interested in. Having had this small idea in my head, suddenly being given the funding to go into production and subsequently win the competition was incredible.

Being totally honest I never expected the film to become as big as it has. More than anything I hope it’s helped Jordanne finally get some proper recognition for her remarkable achievements, and I’m grateful to her, Homespun and everyone involved in the film. The competition has given me the drive to direct further short films, and I hope to shoot at least one a year, fitting its production around my work at Pulse Films.

If I could give any advice to this year’s applicants it would be, if you’re passionate about an idea, submit it. You’ll be surprised how generous and supportive people can be and Homespun Yarns is a great platform to get your work out there.” 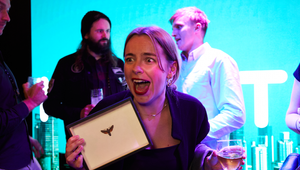 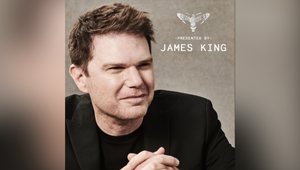 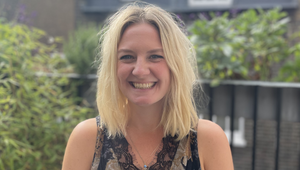