Created by BBDO Toronto, the stationary store's campaign aims to create an alternative to the dominant digital communications of the modern era 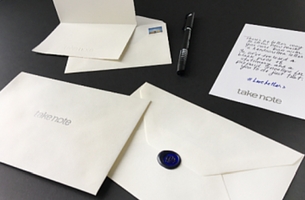 Released in time for Valentine’s Day, this campaign is especially relevant given today’s dominance of digital communication. Texts, snaps, emails, and posts which have largely replaced the role that handwritten letters, cards, and notes once served. Even the largest card companies are still losing out to digital platforms despite trying to modernise their offerings. 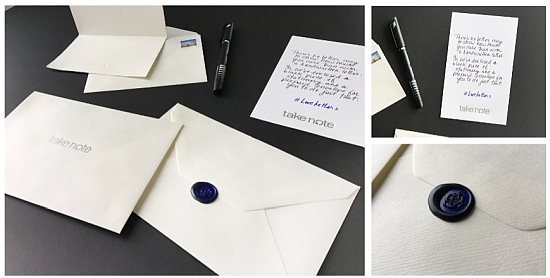 Many are quick to point out this as a tragedy. Author Philip Hensher, in his Wall Street Journal article, ‘The Lost Art of the Handwritten Note,’ argues, “Email and text exchanges won’t be treasured in the way that my teenage letters, scribbled journals and postcards have been for years.”

That’s exactly what advertising agency BBDO Toronto set out to capture with this campaign. “A handwritten note is so much more personal and thoughtful,” says Chris Booth, an Associate Creative Director behind the work. “We wanted to remind people how special such a simple thing can be.”

Jolanta Petrycka, the owner of Take Note, is eager to remind people. “We spend all day chatting on our phones. But how often do we think of writing someone a letter?” She questioned, adding, “The opportunity to inject a bit of happiness into someone’s day by receiving an unexpected letter in the mail is magical.”

The pieces were geo-targeted to homes in the GTA within the vicinity of Take Note Pens & Stationery. 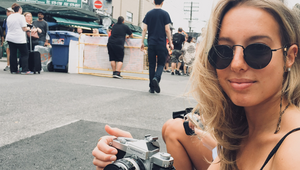