Awards and Events 752 Add to collection

One thing connects 'The Flight Attendant' and 'The Crown', and it’s the Production Service Network. You’ll never guess where these two series were shot... 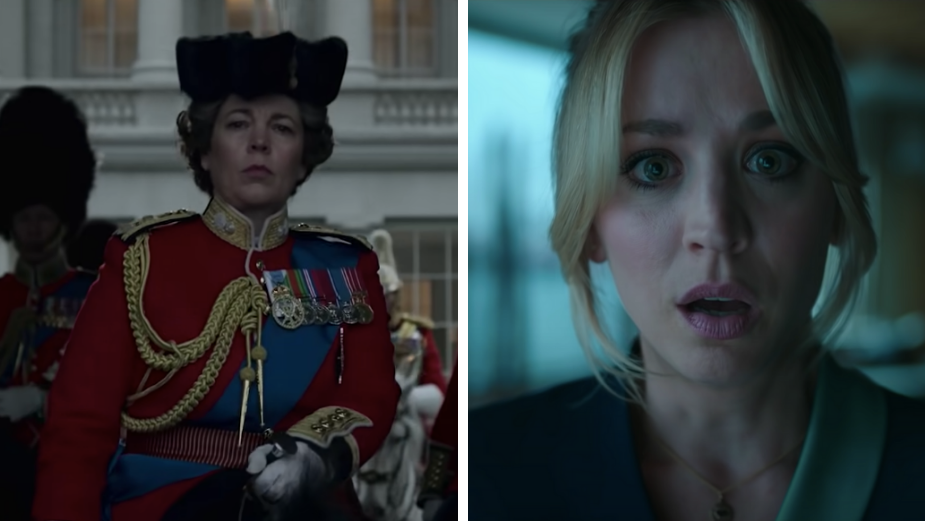 As we head towards the 2021 Golden Globes, a slew of gripping series that have kept the whole world entertained during lockdown have been nominated for awards. Many of the shows have allowed us to escape into stories from all over the world. Fortunately, many of those nominated were all shot before the Coronavirus pandemic. But when it comes to productions of this scale, the logistical challenges of shooting worldwide are still complex.
Two of the highly-acclaimed nominees, ‘The Crown’ and ‘The Flight Attendant’ worked with Production Service Network Partners in order to bring their multiple international destinations to life with clever production solutions that might see them pick up highly coveted awards on Monday.
We speak to PSN Spain, PSN Italy and PSN Thailand about bringing unforgettable scenes from 'The Crown' and 'The Flight Attendant' to life. 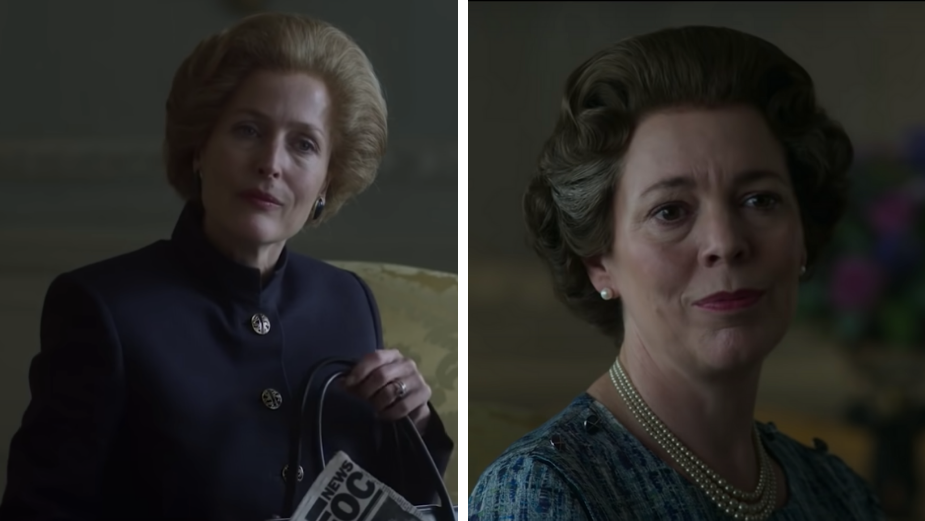 - The South of Spain-Andalusia, Malaga, Almeria, Seville, Cadiz & Jerez doubles for Mustique, Australia, California, Athens, The Bahamas and Britain....
Multi award-winning series 'The Crown', currently starring Olivia Coleman, Helena Bonham-Carter and Tobias Menzies (seasons three and four) chronicles the life and reign of HRM Elizabeth II and the political rivalries and romances that shaped the British Royal Family. Seasons three and four cover the time periods between 1964 and 1977 and 1979 and 1990 respectively. Olivia Coleman was awarded a Golden Globe in 2020 for Best Actress in season three, and the series is hotly tipped to win big again in 2021.
Whilst the series is set in multiple locations around the world it was the PSN Spain partner who brought to life the far flung destinations of Mustique (Princess Margaret’s hideaway), Australia (Charles & Diana’s Tour), California, Athens, The Bahamas and even the Highgrove pool scenes between Josh O'Connor (Prince Charles) and Emma Corrin (Princess Diana).
Yousaf Bokhari, head of film and TV at PSN Spain, explained: “Spain was selected as an ideal shoot location right from the beginning because it can double as so many different countries. Nowhere else so well-connected to the UK can provide this variety. It’s always a challenge for filmmakers if they need to move a large crew to multiple distant locations. Costs quickly rise for accommodation, kit and transport. On top of that, the logistical challenges multiply if you have to move in short periods of time. So, it makes sense to find a base with varying geographical aesthetics and architecture."
"The diverse geography in Spain makes it an ideal location not only to double for tropical locations but also for almost any other scenario, from hot Middle Eastern and North African towns and deserts to Central European forests, cold Russian steppes, and of course to any Mediterranean coast, town or countryside." he added. "Botanically, the Canary Islands also have the most analogous vegetation in the whole of Europe to tropical and Central American regions. Aside from an attractive tax incentive, Spain also provides excellent crew and equipment support, thus offering a substantial saving and, of course, the main benefit is the consistent warmth and sunlight.” 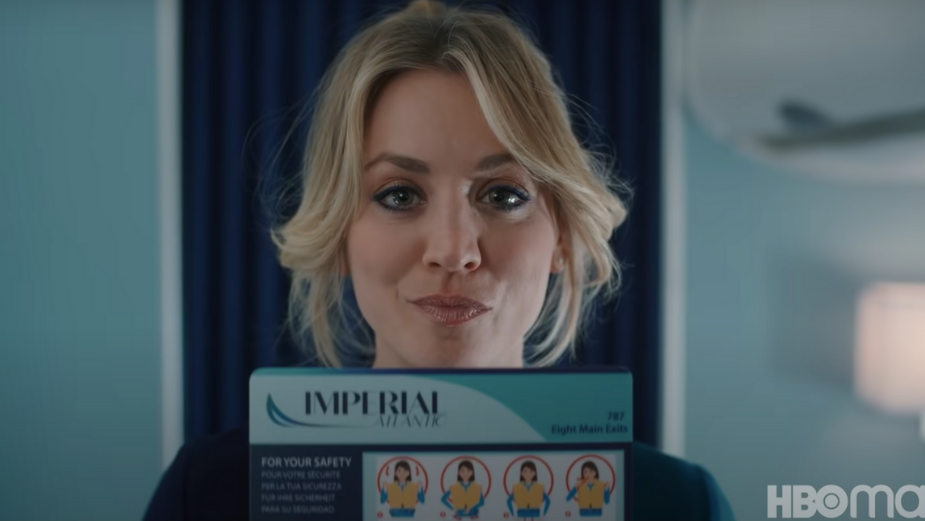 'The Flight Attendant' is an American comedy-drama based on the 2018 novel by Chris Bohjalian. Nominated for Best Television Series - Musical or Comedy, and Best Performance By An Actress In A Television Series – Musical Or Comedy at the Golden Globes, the series starring the 'Big Bang Theory'’s Kaley Cuoco has been renewed for a second series following critical acclaim.
The series follows American flight attendant Cassie Bowden - a reckless alcoholic who drinks during flights and spends her time off having sex with strangers, including her passengers. When she wakes up in a hotel room in Bangkok with a hangover from the night before, she discovers the dead body of a man who was on her last flight lying next to her, his throat slashed.
PSN Thailand and PSN Italy were involved in sourcing several locations for the series. PSN Thailand serviced all of the scenes in Bangkok and found locations that could double for other areas of Asia including South Korea.
As the series comes to a head in Rome, PSN Italy were able to source key locations in the iconic city.

Fred Turchetti, service EP at PSN Thailand, commented: “Bangkok is the epitome of a modern Asian city - something the script required. Not only that if you compare the cost of its first-rate crew, equipment, art department, rigging, SFX and production personnel it is highly competitive to other countries around the world. It is always recommended to work with local partners on the ground as in many big tourist destinations and metropolitan cities there are nuanced rules, authorities and vendors to deal with which are much better approached by those with experience in dealing with them."
"For 'The Flight Attendant', we took the shoot to various interiors and exteriors including airports, highways, rivers, restaurants, bars, clubs and hotels." Fred continued. "The biggest challenge was that, as per the script, a very gory murder occurs in a very high-level hotel which would feature heavily in the story. Convincing six-star hotels that their image would be associated with a murder in one of their bedrooms, was no easy location task. Most hotels of this level normally object to the disturbance a major film crew brings to their luxury guests. Because of the very special relationship of trust we have with the ultra-luxury Anantara group, we found a way to make it happen.”

As Cassie’s journey takes her to Italy’s iconic capital, PSN Italy stepped in on the production for episodes three and eight.
The Airport used for Cassie’ and her colleague’s arrival is in fact Rome Fiumicino, both on the interior and exterior. The scene for the hotel locations, where she stays after landing in Italy, is Le Meridien Visconti Hotel - for which PSN Italy praises the personnel who also accommodated the whole crew.
The scene featuring Enrico’s bar, ‘Brocca e Tazza’ was actually shot in the Piazza dei Coronari, and of course Cassie treads the stones in the glorious Piazza Navona and several tiny streets nearby. When the story takes Cassie to Nonna’s house, PSN Italy found a villa just outside of Rome - a beautiful antique building with a private courtyard.
Luca de Angelis, service EP at PSN Italy, commented: “Our advice is: never underestimate the work that a production service can do. Our expertise allows you not to find bumps on the road while dealing with local authorities, local sites, etc. Going to a different country is never easy, even if its culture is similar to your own, having an expert in the field changes your approach and gives you the possibility not to worry of anything else rather than doing the best you can in delivering the awesome shots you came here for."
"In Italy, the biggest challenge is often managing very popular tourist destinations, but that is our bread and butter." he continued "It is never easy to shoot in tourist destinations, but our close relationships with towns, cities and their authorities means we can more easily secure access, we even cleared out the entire beautiful town of Positano in high season once!"
“The real deal was shooting at Rome Fiumicino Airport." Luca remarked. "The Airport reserved us a whole gate, plus a couple of extra rooms to have our lunch break and keep our belongings. Our location manager and production department did a tremendous job in obtaining all authorisations: it is not that easy when you have to scan all gear before entering, get everyone a crew pass, and at the same time deal with police and drug-sniffing dogs! The other challenge was ‘Nonna’s house’, whilst beautiful, nothing else was there. We had to search and find the owner of a closed old restaurant to rent the location and have our own heated room with a catering service.”
"If you have to worry about learning a new country’s rules, laws or searching for high-quality services you don’t usually work with, it will undoubtedly affect the productivity of a shoot." he concluded. "A good and trustworthy production service partner can help navigate those challenges and this is how we work in the PSN network.”
view more - Awards and Events