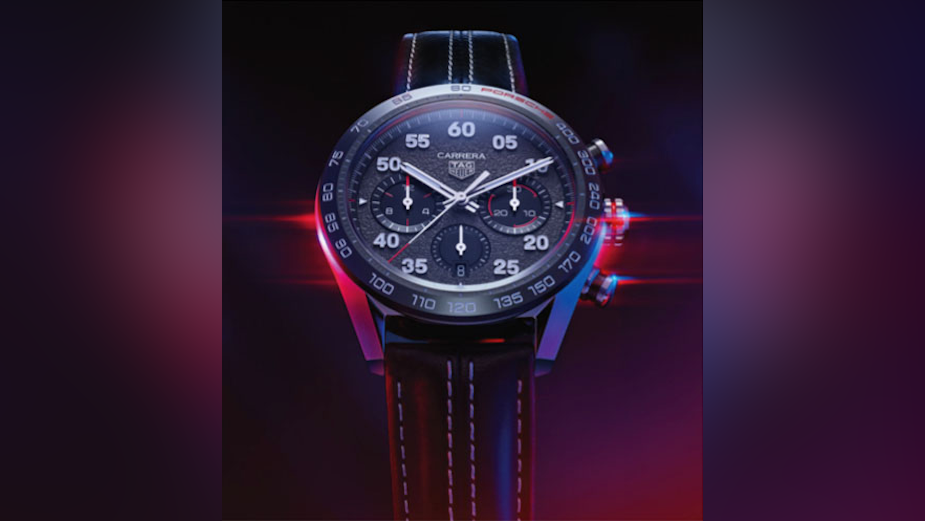 The Swiss luxury watchmaker TAG Heuer and the German sportscar manufacturer Porsche have announced their new partnership: an authentic alliance between two brands whose common DNA in motorsports and racing forges a holistic and long-term collaboration ranging from competition to product development. A new watch, the TAG Heuer Carrera Porsche Chronograph, is unveiled as first celebration of the iconic brands.

For this global announcement and the launch of the new watch, the brand asked DDB Paris to create an ambitious 360° campaign that showcase the past, present and future of both brands.

Naturally inspired by the world of motorsports that gave birth to the name CARRERA, the 'ONE NAME. TWO LEGENDS. REIGNITED' campaign encapsulates the motorsport heritage and common values of the two brands, and set up a new visual territory to start this long-term collaboration.

The communication is based on a central concept: the starting line, a unique referent in space and time where a rich past is expressed in many ways, where a future of new possibilities is calling. The starting line is at the core of the visual territory. A line crossing the visuals and running towards tomorrow.

A line running in a bicolor universe. Blue and red meet in the allegory of this unique encounter photographed by promising French talent Maxime Guyon. He directed the film, creating a sensual encounter in between two strong souls put in lights by the DOP Darius Khondji. Accurate and sensitive, his camera leads us in a pas-de-deux following the evocative lyrics of Margo Guryan’s Someone I Know, a mesmerizing soft pop gem of the kaleidoscopic 60’s.

The campaign is completed with a content film exclusively sourced by archive images retracing the course of the two icons whose common name was inspired by the legendary race from the 50’s: The Carrera Panamericana. Its title, Tangents, is an homage to the story of two brands, who like, two lovers who have been living parallel lives, meeting briefly, sometimes exchanging a romantic glance or a furtive smile, to finally, one day, meet and start a new adventure. Welcome to the first chapter of a beautiful story.

“Having the opportunity to bring this iconic alliance to life, setting up a strong and new visual territory in a series of impactful content, was a very exciting challenge for DDB and we are today proud of the result” says Alexander Kalchev, chief creative officer at DDB Paris.

The official partnership between TAG Heuer and Porsche may be on its starting line but it has been built on a remarkable foundation: the shared heritage and the common interests of two of the world’s favourite and most dynamic luxury brands. It is a friendship reflecting the dreams and aspirations of visionary founding families. It is a true collaboration developed over decades on some of the world’s most challenging racetracks and on the wrists of drivers who were the very embodiment of Jack Heuer’s motto, “Time doesn’t stop. Why should we?”

Starting February 4th, the campaign will be diffused worldwide to support the partnership announcement along with the new TAG Heuer Carrera Porsche model.