Launching internationally, Deutsch LA invites fans to message a taco emoji to a designated number to get a free taco 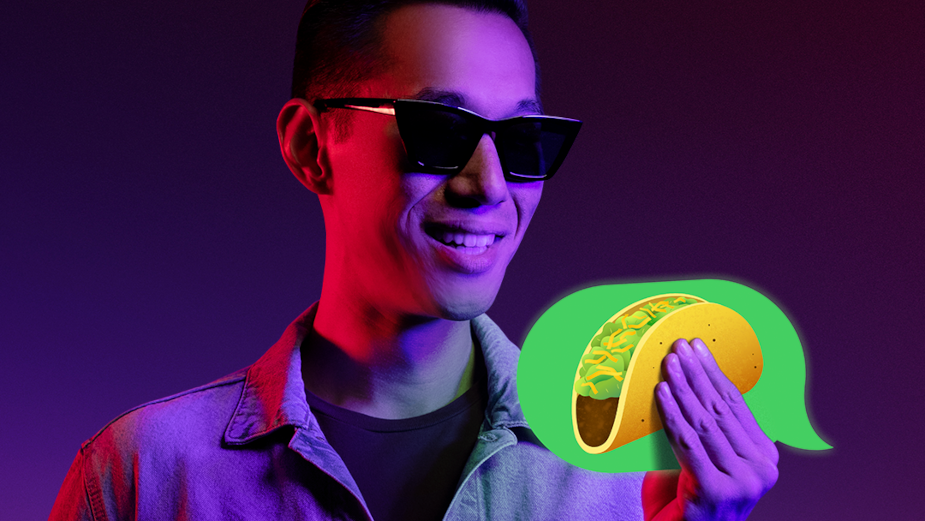 Between the two campaigns, Taco Bell is utilising innovative digital tech and emerging social platforms, from implementing mobile-first strategy, reaching taco fans around the world, to making its Discord debut on one of the fastest growing community-led online chat room hubs.

There are seven billion smartphone users in the world, and each one contains a taco emoji, but the vast majority have never eaten a taco. For National Taco Day, Taco Bell is turning the taco emoji into one that fans can actually eat IRL.

In this international mobile-first campaign created in collaboration with creative agency Deutsch LA, fans around the world are invited to participate by simply messaging a taco emoji to a designated number to get a free taco.

To access the designated number, Taco Bell has created QR codes and short URLs, which will automatically open the fan’s messaging app, WhatsApp or SMS platform with a taco emoji pre-populated in the text field, making the process effortless. 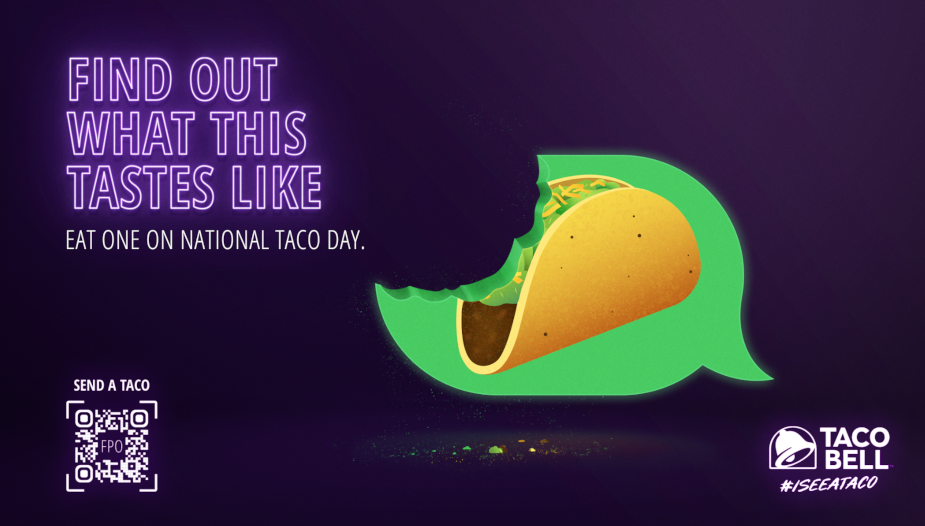 To create the look and feel of the campaign, Deutsch LA utilised a range of design elements, from typography and colour palettes to photography styles that fit within a flexible design system.

The taco emoji is the creative anchor of the Tacos IRL campaign: Taco Bell created their own custom taco emoji modelled after their iconic Crunchy Taco to be used across all assets and throughout all regions.

As part of this integrated campaign, there will also be OOH elements with QR functionality, organic and paid social, and influencer partnerships.

The International ‘Taco IRL’ campaign for National Taco Day includes elements from Taco Bell’s overarching ‘I See a Taco’ initiative, including consistent use of the hashtag #ISeeATaco across all markets. “I See a Taco” launched earlier this year with the “Taco Moon” campaign.