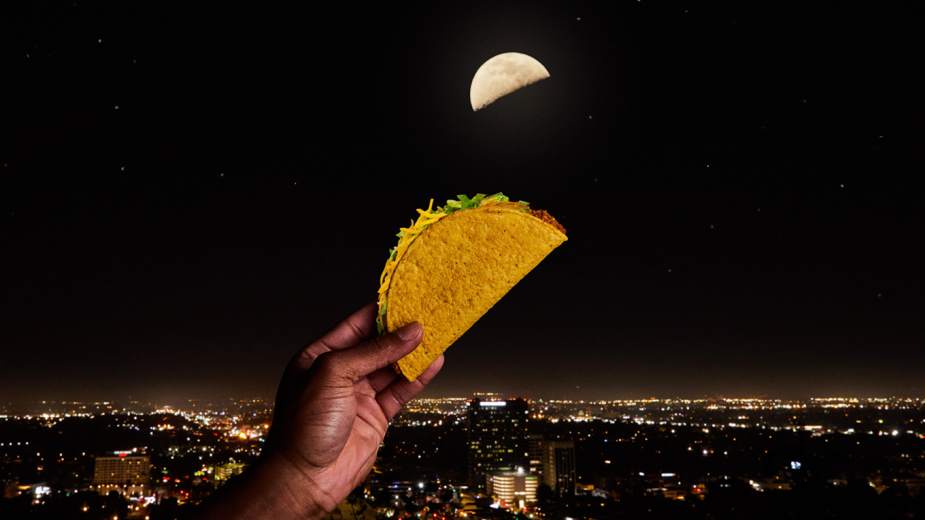 Ever thought a half moon in the sky looked deliciously familiar?

Deutsch LA is transforming the moon into a billboard and claiming a new lunar phase, 'Taco Moon' in first-ever global campaign for Taco Bell.

"Ever noticed sometimes the moon looks like a taco? Of course you haven't, but maybe now you will," says Karen Costello, chief creative officer, Deutsch LA. "Because we hijacked one thing everyone in the world can see - the moon - and turned it into literally the world's biggest billboard."

To announce 'Taco Moon', Taco Bell is offering free crunchy tacos to foodies across the world on May 4, when a half taco moon is visible in the sky. Fans in the U.S. can claim their free taco between 8-11:59 PM in-store or all day through the app or online.

"So, when you see a Taco Moon, you get free tacos. It's simple, bold and just the right amount of irreverent. The perfect way for Taco Bell to share tacos with the whole world," says Costello.

The international integrated campaign will include nine :15 second spots and elements for social and digital. "Taco Moon" is the first activation under a new campaign titled, "I See a Taco," which will be rolling out with more initiatives in the coming months, inviting fans across the globe to see tacos everywhere in their daily lives. ​