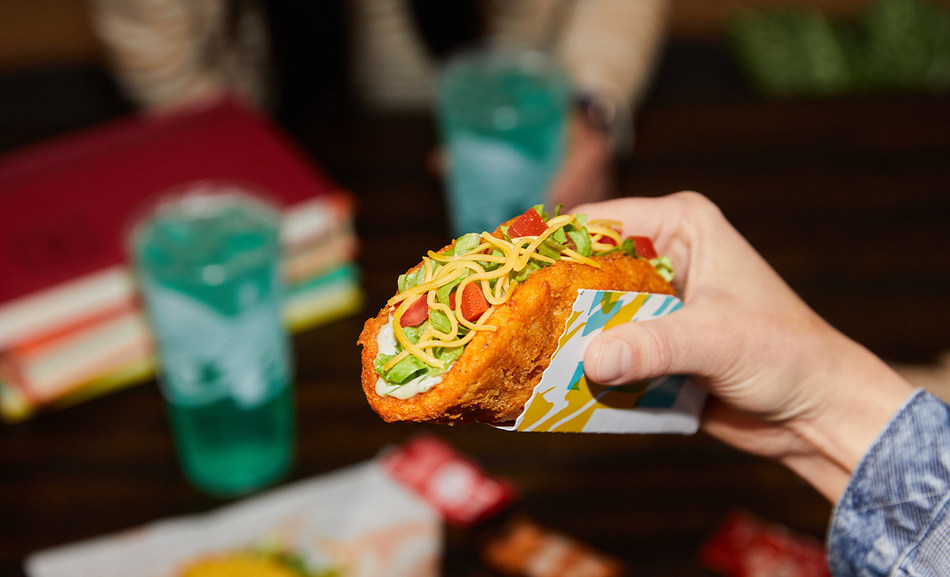 Bun-mayo-chicken-pickle-bun. Sound familiar? It should to most who have ever ventured into the sea of chicken sandwich sameness. That’s why Taco Bell is providing fans with a different way to enjoy chicken, because when everyone is a sandwich it’s better to be a taco. Starting on May 20, consumers nationwide will be able to enjoy Taco Bell’s Naked Chicken Chalupa in all its classic crispy glory. That’s right. The innovation that clucks the trend of traditional fried chicken is back and Taco Bell Rewards members can bite into it early on May 19 via the Taco Bell app.*

“When you look at the industry, you see the same sandwich being introduced as new everywhere, but at Taco Bell, being a follower isn’t our philosophy. We’ve listened to our fans and we’re confident this is the perfect time to bring back this fan-favorite,” said Liz Matthews, Taco Bell’s Chief Food Innovation Officer. “The Naked Chicken Chalupa is just the beginning of Taco Bell’s chicken offerings this year with more unexpected menu items being introduced at a later time.”

The Naked Chicken Chalupa starts with all-white-meat chicken that is marinated in bold Mexican spices, rolled in a crunchy coating, and crisped to perfection. Then it’s loaded up with crisp lettuce, cheddar cheese, diced tomatoes and flavorful avocado ranch sauce. Consumers can find it a la carte for $3.49** or in a Crispy Chalupa Box for $5.99** which includes a Beef Burrito, Crunchy Taco and medium fountain drink to satisfy their Taco Bell cravings.

Accompanying the release of the Naked Chicken Chalupa is an all new integrated ad campaign titled, “Chicken Philosophers.” Set to launch on May 23, the campaign includes a :30 and a :15 commercial that shows 18th century-style philosophers in a heated chicken debate, arguing over the seemingly indistinguishable difference between chicken sandwiches, only to be shown there’s a different way to chicken with the Naked Chicken Chalupa.

In addition to “Chicken Philosophers” comes a mini-mockumentary, titled “The Great Chicken Wars,” because stepping into the chicken future requires understanding the chicken past, and every great (chicken) war deserves a documentary. See the video here.

*Taco Bell Rewards (Beta) program is available for a limited time only and is subject to termination at Taco Bell’s discretion and terms and conditions.

**At participating US locations for a limited time only. While supplies last. Drinks exclude freezes. Contact local restaurant for prices, hours and participation, which vary. Tax extra.