Spot directed by Adam Stevens proves that once fans see the cheese, it'll be all the hype they need 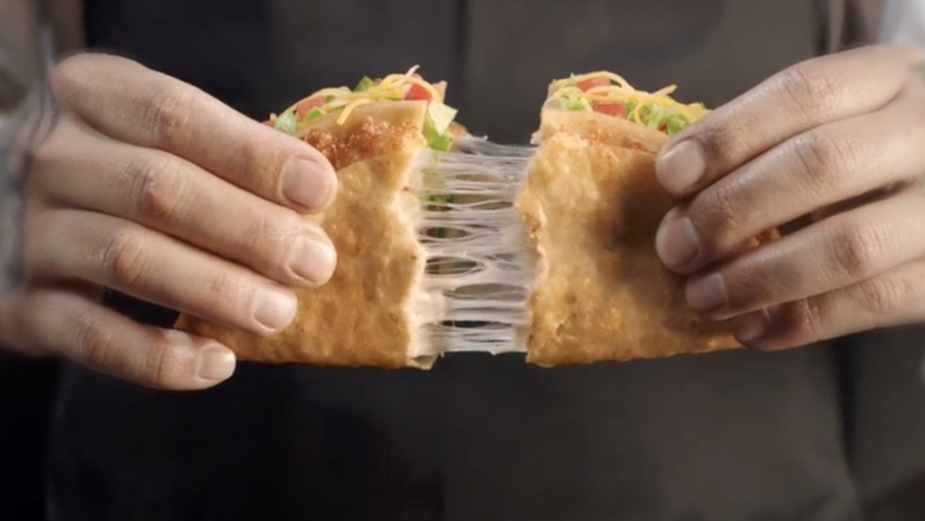 Taco Bell is no stranger to rocking the quick-service restaurant industry with its innovative menu items, and the 2016 introduction of the Quesalupa was no exception. After years of perfecting the recipes, the geniuses behind Taco Bell's test kitchen are finally bringing it back. During its debut, the Quesalupa wowed cheese lovers everywhere and was one of the brand’s biggest limited-time offers in history. But with a new campaign from Deutsch LA, it’s back - and more craveable than ever, with 50 percent more cheese inside its famous double-layered shell.

The journey of transforming a chalupa to Quesalupa starts with stuffing the famously crispy chalupa shell with a blend of melted pepper jack and mozzarella cheeses from edge-to-edge - the recipe for an epicly cheesy experience. Inside are Taco Bell’s signature flavors including seasoned beef, crispy lettuce, shredded cheddar cheese, fresh diced tomatoes and cool reduced fat sour cream.

The Quesalupa was originally launched with a star-studded campaign titled, 'Bigger Than' in 2016. This time around, Taco Bell is bringing it back with an all-new campaign titled, 'Overhyped'. Because sometimes there’s just a little too much overhype in the world, the brand is skipping the theatrics, pyrotechnics and elitist attitudes, and instead, simply letting fans know the Quesalupa is back with one message: “We think you’ll like it.” After all, once fans taste the irresistibly cheesy shell, it will be all the hype they need. Made in collaboration with creative agency Deutsch LA, the integrated campaign includes a 30-second, two 15-second and digital/social elements, including leaning into the time warp TikTok trend to show just how cheesy the Quesalupa really is.