‘Requiem for a pie’ laments that whilst the footy might be back, our rightful place in the stands is yet to be restored 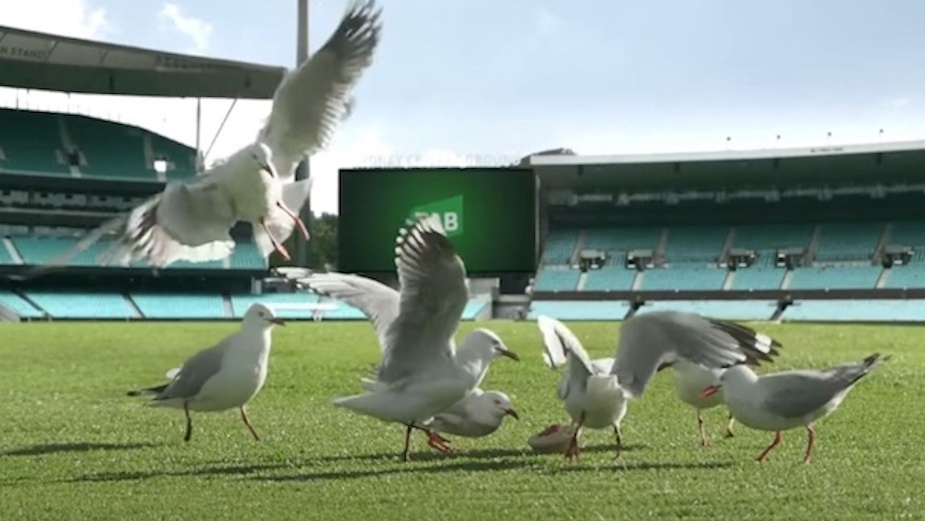 TAB continues to roll out its new campaign supporting the ‘Long May We Play’ brand platform via M&C Saatchi Sydney, asking Australia’s sports fans to ‘help play find a way’.

TAB is doing its bit to bring sport back to the people by encouraging fans to download the government’s COVIDSafe contact tracing app to help fast-track the return of sport – to the fields, tracks and pubs.

With the government flagging a direct correlation between the number of Australians with the app and the further easing of restrictions, TAB wants to remind sports fans that downloading the app is the quickest way to get back to the stuff we miss the most. The campaign kicked off a week ago in national press with a QR enabled footy pie that when scanned, led directly to the COVIDSafe landing page. The follow up TVC ‘Requiem for a pie’ laments that whilst the footy might be back, our rightful place in the stands is yet to be restored.

Says Cam Blackley, chief creative officer, M&C Saatchi: “There’s not many sport nuts that aren’t dying to be reunited with a hot pie or overpriced bucket of chips in the stands right now. Having TAB lend its weight to hit the 10 million downloads target of COVIDSafe to achieve that goal allows this iconic brand to once again elevate the conversation above the bet (albeit with tongue wedged firmly in cheek). It’s ambitious but worth a shot.”

Says Luke Waldren, executive general manager of marketing, customer and product, TAB: “We know Aussies are eagerly awaiting not only the return of sport, but to be able to enjoy it with their mates as well. So, we’re encouraging fans to put rivalries aside and unite to help ‘play find a way’ and the fastest way to do that is to download the COVIDsafe app.”

The campaign initially launched across press and social channels on Sunday May 17th. The ‘Requiem for a Pie’ TVC follows today in advance of the NRL season return on Thursday night, with further activations launching in the lead-up to the restart of the AFL season. 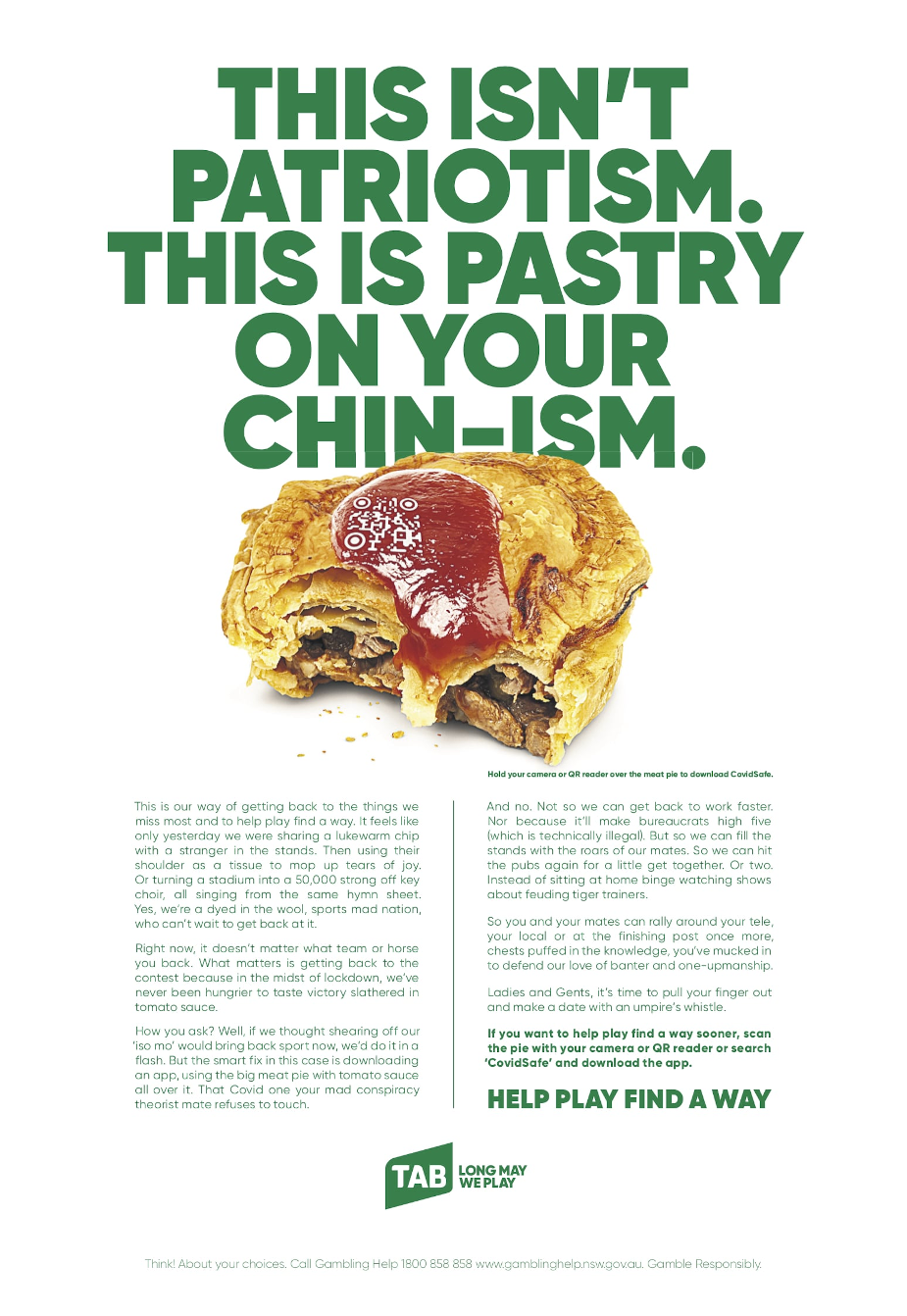