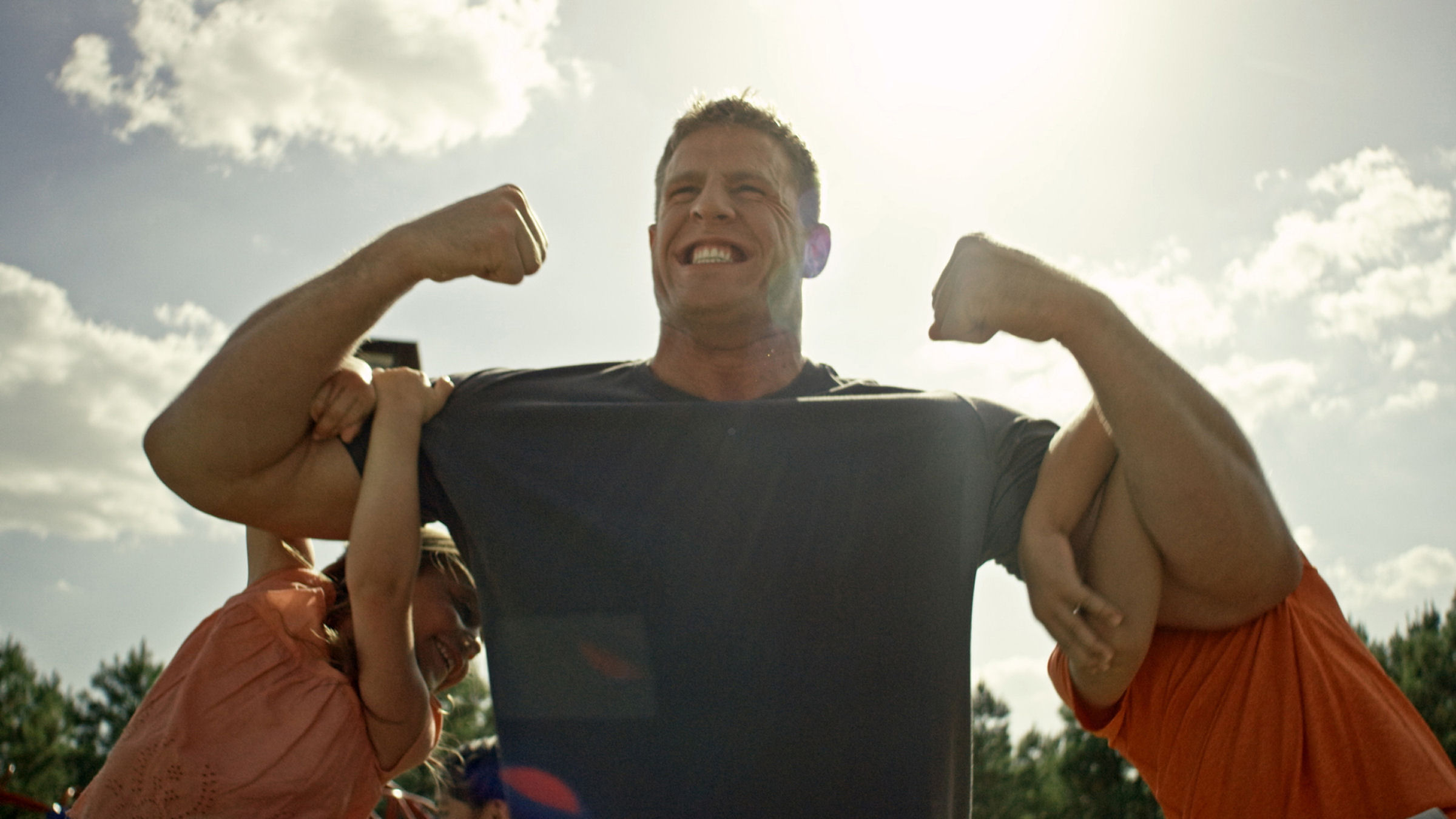 Did he wrangle a marlin onto his boat with his bare hands? Is he sculpted like a super hero? Did Sasquatch really say that he saw him once, trumping through the brush? These are all questions asked by a range of people in a series of new comedy TV spot for Ford’s F-series trucks from Team Detroit directed by Synthetic Pictures’ Justin Corsbie, and the person they’re asking about is J. J. Watt, the popular, high-voltage defensive end for the NFL’s Houston Texans.

The spots, which come in a range of broadcast and web-only versions, shows various groups of Watt fans engaged in spirited banter about his famous exploits, including two young boys, followed by a couple of construction workers, a man and his barber chatting during a haircut, a couple out on a date, two ranch hands and a group of young women doing yoga in a city park.

In each instance we cut to scenes of Watt doing something akin to what he’s been rumored to do, with his Ford pick up playing a key supporting role. For example, when they say they’ve heard he tames wild beasts, we see him tossing a bag of dog food in the payload with his trusty pooch by his side. “It’s the stuff legends are made of,” Watt says to the camera at the end of the spot.

Corsbie brought his skills working with improv actors and his intimate knowledge of the social-media fueled, sports fan mindset to the project, tapping into the reputation of Watt around the league as a larger-than-life player. “Based on the neo-legends of J.J., you’d think he’s a genetically engineered android built from the DNA of Vince Lombardi, Lawrence Taylor, Dick Butkus, Derek Thomas, and Ronnie Lott,” the director says. “This exaggerated public image provides the perfect springboard for comedy, establishing an almost inside joke with the viewer.”

The script presented Corsbie and his production team with a range of shooting situations and challenges, including working with a large cast over varied locations, directing kids and a dog and of course making sure the vehicles looked great. Shot over two days in Houston before the start of the football season, the ads are just the latest evidence of the surging popularity of Watt, who’s appearing in campaigns for a number of brands. The Texans are the focus of this season’s “Hard Knocks” series on HBO, which follows a pro club all through training camp. Not surprisingly, the shoot locations were mobbed by fans who splashed their pictures and selfies across the internet.

The work is airing regionally, including on spot buys on Houston Texans broadcasts, and is also featured nationally online.