Trends and Insight 885 Add to collection 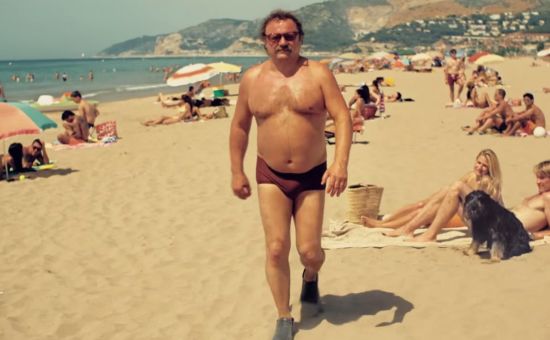 This week advertising legend (and the industry’s most prolific blogger) Dave Trott and Somesuch & Co director Sam Hibbard tackle a modern classic as part of our ongoing Syncbubble Dubbles experiment.

As the winds of winter start to bite, we thought it would be a perfect time to warm you up with a musical makeover of Southern Comfort’s ‘Beach’ from Wieden + Kennedy and Tim Godsall. With all that swagger, sunshine and alcohol it’s enough to transport you – briefly – back to Cannes.

The original track, Hit or Miss, is a laid-back affair from jazz and blues singer Odetta – so how did this week’s pair of aspiring music supervisors attempt to top that? Check out their efforts below. And don’t forget, if you want to have a go, you can join in by heading to Syncbubble.com. Check back next week to see if your new version of Beach has made our showcase. 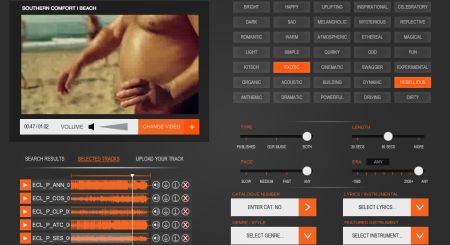 The track Southern Comfort used isn’t bad at all.
But I was asked to replace it with a track that I think is better.
So I’d go for something with more cut through.
After all, we’re talking about an ad here not a piece of art.
Most of the discussions about ads are is if we’re in the film business.
We’re not.
Ads have to be powerful enough to cut through to an audience sitting at home.
An audience that can get up and move around and talk or use the telephone or go to the toilet or change the channel.
Not an audience in a darkened cinema concentrating on the screen.
Our business isn’t an exercise in subtle cinematic film craft.
So yes, ‘Peaches’ by the Stranglers is obvious.
If you think we’re in the business of making art, that’s a bad thing.
If you think we’re in the business of making ads, that’s a good thing.

Sam Hibbard: Unk 'Walk It Out' 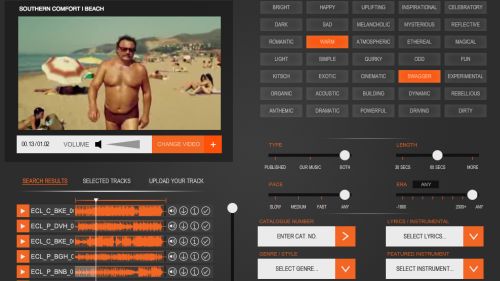 The current track Odetta is perfect.

It makes you feel good. It gives a nod to why our guy lives life like he lives it. He’s ‘gotta be me’ as the lyrics point out.

The music kind of explains the concept but does it in a way that feels cool and un-addy.

It's all so effortless.

So, tough track to replace...

I decided to go with something that is of a completely different style.

Walk it Out by Unk.

I like the fact that it’s not the music you’d expect to see on an ad for a liquor (yeah I know weird it's a liquor huh). Especially an ad for a liquor featuring an elderly moustached 'Sexy Beaster'. I like the fact it makes the ad a bit weird.  It gives a different subtext to the ad. It makes you feel what’s going on inside our guys head, how he feels. But it still keeps the spot intriguing. Pushes the idea of "Whatever's Comfortable".

I like the fact that the track is seven years old. Not so old enough to be retro cool (like Odetta) and not enough old to be ironically cool like we see a lot at the moment.  Just old enough to be like ‘why the fuck are they using that track?’.

Revamping a spot that’s only two years old and still etched in the industry’s collective consciousness was always going to make ‘Beach’ one of Syncbubble Dubbles’ trickiest challenges. But according to Syncbubble’s Simon Elms, both Dave and Sam have done an impressive job.

“I thought that people would really struggle with this task but I think both Dave and Sam nailed it” he says. “What's interesting about this spot is that we have the wrong man in the wrong trunks drinking the wrong drink in the wrong place, all to the wrong piece of music and that's what makes it so right. As Sam says it's 'effortless'

With Dave opting for 1977 hit ‘Peaches’ and Sam choosing to go with a 2006 rap track from Southern USA, they’ve gone in wildly different directions – but there’s a common thread tying both together.

“I love that while Dave has gone for a track that makes for a brash, confident ad, Sam has opted to try and get into the protagonist’s headspace, they’ve both really captured the spirit (if you’ll pardon the pun) of the original ad. It’s all about the swagger,” says LBB editor Laura Swinton. “The spot’s a real favourite among the LBB team – that shoulder dip! – so I thought it might be a bit jarring to see it set to different music. However they’ve got the tempo and attitude spot on.”

And for the first time in the Syncbubble experiment, Dave Trott and Sam Hibbard have addressed the role of music in advertising and how it’s different from other types of film. For Sam it’s the ‘un-addy’ vibe of the original that he particularly loves while Dave reckons the familiar hook of The Stranglers gives it more cut through as a commercial.

Is the obscure choice always best? Is there such a thing as ‘too obvious’? Do familiar earworms make for more effective ads? Or can digging around for something unexpected help build your brand’s taste maker credentials? This week’s guests have certainly given us lots to think about.