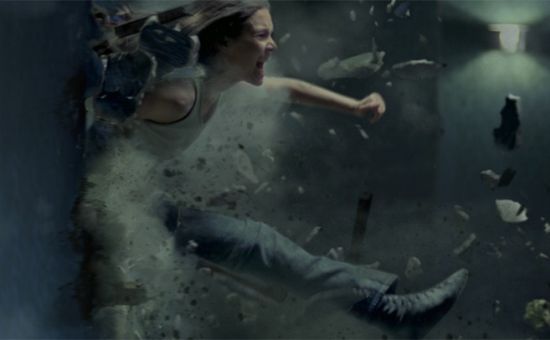 Chris Palmer and Daniel Kleinman taking on a classic Jonathan Glazer ad? This is going to be interesting. In 2002, Levi’s, BBH and Jonathan Glazer rewrote the rules of music in advertising when they set Levi’s Odyssey spot to the strains of Handel’s Suite in D Minor and proved that classical could be cool. Now two of the hottest directors in the biz are giving the haunting-but-beautiful ad a musical makeover with the help of Syncbubble’s groundbreaking technology.

Check out their efforts below. And don’t forget, if you want to have a go at playing ‘music supervisor’, you too can join in by heading to http://syncbubble.com/syncbubble-dubbles. Don't forget to head back next week to see if your new version of Odyssey has made our showcase.

Check out the original here.

Daniel on his choices:

“The 'walk that walk' lyric vaguely fits with what they are doing but 'Bang, Bang, Bang, Bang' better describes not only smashing through things but also what this couple seem to be eventually going to get up to. I love the way the music kicks in at the end, and frankly nothing is ever better to listen to than John Lee Hooker, a reasonable and amusing alternative to the classical original. It might need a bit of judicial editing, but even just laid to the pictures it works for me. Obviously sound effects would need to be added as well.”

Chris on his choices:

“I found the two love songs I chose seemed appropriate because why else would you run through walls?
The Steve Miller track has a haunting quality and 'baby' seems worth making a lot of effort to get back to. Nothing's going to get in the way, not even brick walls.
Tracks that didn't fight with the film and allowed it to breathe seemed to fit well also, so one can appreciate what a great piece of film it is.
The Cliff Martinez track works really well in this context. I think the emptiness of the track allows the film to breath and you can see it in all its glory. The Robert Wyatt version of ‘I'm a Believer’ has a similar emptiness and is also about a girl (like the Steve Miller song). Both the Cliff Martinez and Robert Wyatt tracks allow you to appreciate this as a beautifully directed piece of film, which comes across as a love story.”

This week’s been a really exciting one for the teams at LBB and Syncbubble as both Chris Palmer and Daniel Kleinman got thoroughly immersed in the task at hand and pulled it off with a real creative flair – but then that’s directors for you.

In fact, Syncbubble’s Simon Elms is positively green with envy. “Like a lot of music people I can be a bit smug at times. It's not a good look but, conversely, I am genuinely pleased when somebody comes up with an idea that I wouldn't have thought of and a couple of these tracks really blew me away. Chris's first choice, Steve Miller’s 'Baby's Calling Me Home', is genius. It does something so special to those visuals. The track has very distinctive production. It, like the original Odyssey track, Sarabande, gives the ad space but instead of pomp and circumstance it makes the whole thing very intimate. It gives it a huge dose of character and really underlines the connection between the two runners. Love it.”

Another favourite is Daniel Kleinman’s decision to use John Lee Hooker’s ‘Bang Bang Bang’. For Simon it ‘oozes character’ and the lyrics work really well with the spot. LBB editor Laura Swinton also loves the grizzly energy of the blues romp. “It’s gritty and raw and I think it complements the earthy colours and muted aesthetic of the spot brilliantly. I might be biased though, because I would be quite happy if every ad had a John Lee Hooker track,” says Laura. “It dials down the melancholy that gave the original ad that chilling quality but I love the way it brings out the rough and tumble of the action. It also transforms the sexual energy of the spot from distant tension to rip-your-clothes-off-and-dive-right-in.”

Chris Palmer’s use of Robert Wyatt’s I’m A Believer 1974 cover is another transformative track. “Where did that one come from? I was nine years old when that track came out and I remember being slightly disturbed by it then and not once in the intervening 40 years have I given it a single thought. It's also a bit of a shambles in terms of the playing and production but yet again it [and particularly Wyatt] is hugely characterful. Fantastic cockney irreverence for the sweetest sugary and safe band, The Monkees,” says Simon. “And the irreverence reverses into the film. Yes, they might be in love. They might even be having sex. But how seriously do they take it? He thought love was only true in fairy tales and anyway, it was out to get him, haunting his dreams. And this cynicism remains: he might be in love but there's a hardness to the love. So, the film means something else again. Music changes everything.”

One thing we can’t gloss over is Daniel Kleinman’s moment of musical madness that set Odyssey to the stirring strains of… er… Yakkety Sax? “We’ve always said that Syncbubble Dubbles would be difficult to predict and full of unexpected surprises and… well I don’t think any of us saw Benny Hill coming!” says LBB editor Laura Swinton on Daniel Kleinman’s wildcard choice.

For Simon, the Benny Hill moment stands out from Daniel’s other choices as it demonstrates just how inordinately powerful music can be in advertising – for better or for worse. “Yakety Sax also really displays the power of music – that is, in one fell swoop the visionary brilliance of Jonathan Glazer and technical artistry of Framestore are destroyed.”

This time around both directors have submitted three musical reinterpretations, so as well as the show-stopping makeovers, they’ve also been able to play about and offer their own personal twist on the original Handel track. “Daniel’s Tango Capella track echoes the strings in the original Sarabande arrangement but has a more folksy vibe and almost turns the run into a dance,” reflects Laura. “What really comes through in all their choices is a respect for Jonathan Glazer’s film and a real desire to understand what makes it tick, musically.”

Chris Palmer also takes the cinematic atmosphere of the original track and gives it a more contemporary and sinister twist by using First Sleep by Cliff Martinez. “It’s instrumental yet enormous in impact. Filmic, expectant, sinister even. Or beautiful, emotional, full of self-sacrifice? Once again music changes everything,” says Simon.

What did you think of our daring duo of directors and their musical reinventions? Head to Facebook to join the conversation and to get involved and show off your own musical ingenuity go to http://syncbubble.com/syncbubble-dubbles. What will happen to Levi’s Odyssey when you get your hands on it?