Sydney's Hulsbosch Is Behind a New Identity for ABC KIDS 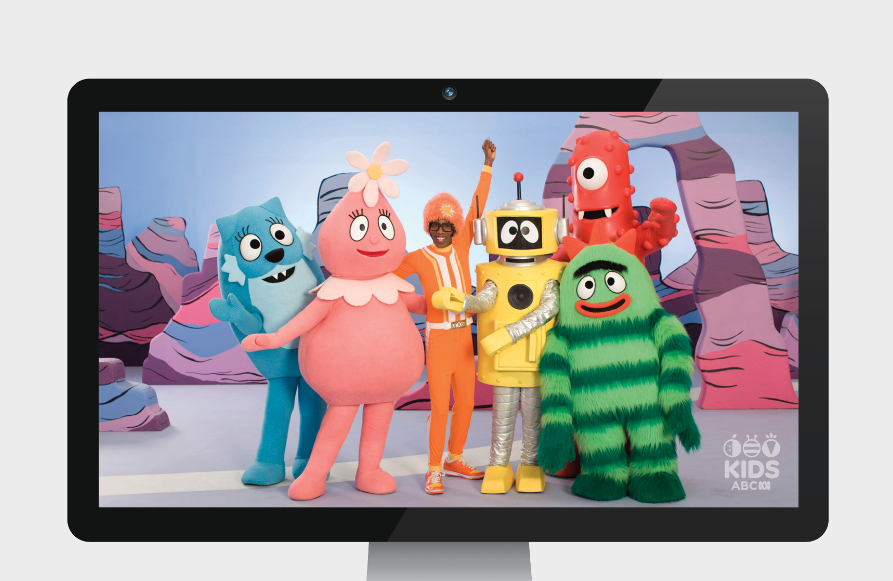 ABC KIDS a division of Australian Broadcasting Corporation has announced a new brand identity created by branding, design and communications agency Hulsbosch that brings the bounce to its educational presentations and entertain their dedicated preschool audience around Australia.

The aim was to communicate a new and cohesive direction for broadcast and retail, and deliver a consistent look and feel that would successfully operate in all environments. The project entailed an understanding of existing destinations for the brand and to consolidate usage and their respective outcomes.

The Hulsbosch approach of creating one compelling ABC KIDS brand for all touch-points and products will future-proof the brand. Its versatility enables it to operate in a variety of environments including digital and also be part of new technology innovation in the future.

Ultimately the new brandmark is a single vision that creates a sense of exciting and engaging adventures with ABC KIDS for internal and external audiences.

Linda Jukic, creative director at Hulsbosch commented, “The new logo has a sense of play and also a sense of learning and purpose. Our creative result is a distinctive multiplatform presentation that generates a genuine feel of warmth, wonder and beauty that will connect kids to the ABC.”

For over 25 years, the ABC for Kids early learning symbols the Apple, the Bee and the Carrot icons have signified Australia’s leading preschool brand for quality products and entertainment.  These symbols are a revered standard of the ABC preschool brand and importantly a unique heritage stamp for marketing and communication campaigns.

The Hulsbosch creative solution leverages the equity in the symbols and their visual association and successfully brings it to life in a contemporary manner, enabling growth of the ABC KIDS properties and brand in the future.

Jaid Hulsbosch, director at Hulsbosch said today, “A singular brand transforms the visually fragmented business and it’s not only a more inspiring approach, it also promotes a stronger approach for retail and broadcast in a very competitive kids market, particularly where education meets entertainment. We know this identity will be a standout and much loved by parents and kids alike.”

ABC television viewers will see an exciting and inherently Australian new look on-air at the ABC KIDS channel from March. The new look ABC KIDS will also be incorporated into the ABC KIDS iview logo and will be supported online, through print executions and social media. ABC Commercial will rollout new product packaging and in-store branding.

Diana Costantini, head of ABC Creative commented, “We partnered with Hulsbosch following their successful tender and the team there certainly embraced the project like a pack of 5 year olds let loose on a plate of fairy bread."

"With hundreds and thousands of ideas and heightened sense of delight, Hulsbosch arrived at a place that brings two very distinctive brands together –the ABC Commercial Kids brand and the ABC TV Kids brand. Both much loved marks that have been in market for a good numbers of years so it was a fairly tough creative challenge. It was a pleasure to work closely with the team at Hulsbosch and we’re delighted with the results,” she added.