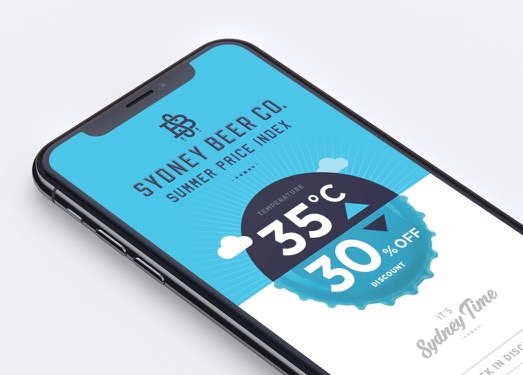 Sydney Beer Co. has announced the second instalment of its 'Sydney Time' campaign - the 'Sydney Beer Co. Summer Price Index' - a temperature-related pricing initiative, via BD.
The innovation uses real-time weather data to create a temperature-related discount of up to 49% live on your smartphone. Beer drinkers are encouraged to monitor the daily summer temperature, then lock in a discount as it peaks. The discount is redeemable at some of Sydney's favourite venues, including Watsons Bay Boutique Hotel, Imperial Hotel Erskineville, Daniel San Manly, Park House and Northies during summer.
VIEW THE SUMMER PRICE INDEX WEBSITE

Says Matt Siely, founder, Sydney Beer Co.: "We know if we can make people's first beer a Sydney Beer Co., they're very likely to enjoy a second. So, we think the Summer Price Index is a very good reason for people to grab a 'Sydney' first..."
Says Tom Hoskins, ECD, BD: "We all know Summer is every beer brand's 'stock-in-trade'. We wanted Sydney Beer Co. to be the first to actually use Summer's heat as a price gauge."
According to the Bureau of Meteorology, last summer, Sydney's heat reached a staggering 47.3 ̊C, which meant 2018 ranked as Sydney's 3rd hottest year ever. The Sydney Beer Co. Summer Price Index is available all summer at each venue every day until 17 March 2019. 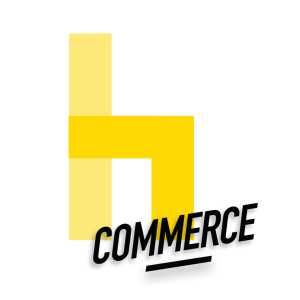 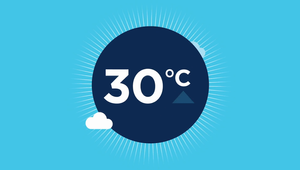