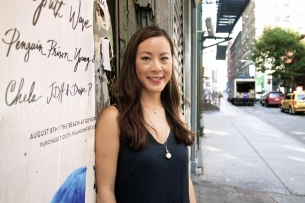 A six-year SXSW Interactive veteran who does social for one of the big airlines thought that while the festival changes every year, this was the first time she felt like she could have spent her week elsewhere. There were signs early on that all the time spent sifting through the schedule and waiting in lines may not be fruitful.

During our three day, all-access adventure at SXSW Interactive we had a list of 1717 programs to choose from with the 1:30pm time slot topping the chart with over 100 options. Then add on all the parties and private events, it was enough to push my obsessive-compulsive planning tendencies into overdrive.

Despite the long list of panels, keynotes and conversations the lines to get into these sessions were even longer. For some of the “hot" programs like Humanizing Data Bridging UX Research and Analytics there was a line of 50 or so people with 30 min till start time. It was a frantic sort of low. If you didn’t arrive an hour before you didn’t get in. As a consolation prize, at least you knew those who made it in most likely wouldn’t be attending the next big wave of sessions because the 30 min window just isn’t enough.

Some sessions mirrored that of a crowded classroom with a 50-seat session reaching maximum crushing capacity, a 130-person pile up. Others felt like a movie theater during early bird show times with only 12 out of the 300 seats filled. As a cutting-edge, tech festival where “big data” is a trending topic the seat supply and demand equation has room for improvement. Good people of FiveThirtyEight will you please help create a forecasting calculator to get room relegation right for SXSW Interactive 2016?

This year’s festival brought a carnival of next level craniums like United Therapeutics CEO Martine Rothblatt who talked about mind-blowing advances in mindware and Meerkat CEO, Ben Rubin who gave an exuberant and gracious interview with Yahoo Tech’s David Pogue. While keynote speakers like Princess Reema Bint Bandar Al-Saud, CEO of Saudi Arabian luxury retailer Alfa Intl. and other prominent panelists drew big crowds, it was some of the smaller or private events off the official SXSW schedule that left us full of wonder and gulping for more.

MIT Media Lab’s SYNBIO lounge offered demos and conversations with start-ups like Akili Interactive and The Sync Project. Both are seeking to harness gaming and music with the best of neuroscience for better health. They’re supported by the likes of chairs and board directors from PureTech Ventures, The Eco Nest and Spotify. We’re excited to see what happens next.

Google Fiber Space hosted an invite-only Firestarters event, Engineering Strategy where panelists spoke on how delivering a spectacularly simple experience trumps all else. It’s about obsessing over the end product and not being precious with the creative process. Oonie Chase, Director of experience at Wieden + Kennedy said it best with her approach of “failing fast… failing flawlessly”. It is the path we all chase.

All day. All night. Overcrowded and over programmed. The hype is real. But if some of the intrigue got lost in the crowd and chaos, then going off the grid and fighting to find gems of genius proved to have made all the difference.