The Influencers 468 Add to collection

INFLUENCER: Iris CTO Jordan Harper is hoping for some food for thought at this year's festival 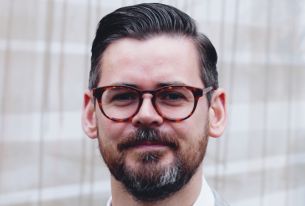 Two years ago President Barack Obama took the opening Keynote at SXSW Interactive and used it to try and convince technologists to set their ambitions a little higher than worrying about ‘the next cool thing’. Make a difference, change the world for the better!

“[Cutting-edge changes led by technology can] empower individuals to do things that they could have never dreamed of before, but they also empower folks who are very dangerous to spread dangerous messages.” -  Barack Obama

One look at the election later that year is probably enough to convince him that he may have been better off keeping quiet. I don’t think that the last two years will be remembered as a golden era of technology enacting great political change for good.

Add to that the recent controversy in the US over Net Neutrality laws, Russian hacking, algorithmic bias and the prevalence of unmoderated (and apparently unmoderatable) online abuse, I expect to see a lot of discussion around the great responsibility that comes with the great power of mass reach and influence. Though looking at the schedule  - where Facebook, Twitter and their contemporaries are mostly cheerfully talking about how to exploit their platforms to the fullest  -  it doesn’t look as though it’ll be any of the troubled networks themselves leading the discussion, which is a great shame.

I fully expect the AI conversation to continue apace, though it feels like every year we get closer to talking about the real-world, shorter term reality of its emergence rather than science-fiction futures with sentient androids and mind clones. There may well be some crossover with the previous topic, after all: what is a Russian bot, but automation and some rudimentary machine learning combined to achieve a goal at a scale that would be infeasible if done manually? What kind of ways will we see AI affect our lives in the next year?

I expect we will hear talk of autonomous vehicles and their potential impact on the way we live (something I think is routinely under estimated by just about everyone) - something I’m hoping our very own Sadiq Khan will be discussing in his keynote conversation with Lydia Polgreen of the Huffington Post. I’m sure that there’ll also be some deep dives into the impact of AI in the much easier to comprehend sense of automation and machine learning combining to create machines that actively get better at doing tasks without human intervention, and the impending impact those automations will have on the workforce. I’m certainly looking forward to Melinda Gates’ keynote panel discussing the potential impact of new technologies on businesses, the workplace and how we can build a more inclusive environment that promotes innovation.

Speaking of which, it feels like we’ve been having a conversation on diversity and inclusion in technology, creativity and innovation for the best part of three or four years. Though little seems to have changed in that time practically, the last twelve months have felt a little like a watershed when it comes to people feeling free to speak out around inequality, harassment and discrimination, so I’m hoping that we see some practical movement in the right direction this year.

Over the last three years, VR has graduated from a diverting sideshow in 2016, to the incredibly fun ‘VR Cinema’ in 2017, and this year we have a whole keynote dedicated to VR content production -  from Nonny de la Peña of immersive VR/AR storytellers the Emblematic Group. As a festival dedicated to music, film and interactive media, it’s been interesting to see film and interactive cross-over through VR and I’m keen to see what’s in store this time around.

There’s a slew of blockchain/cryptocurrency related talks, mostly centred on the tech-utopia angle of decentralised currencies, trust-issues, etc. I feel like we’re still at a point where most delegates will either already have crypto-portfolios and know as much as the folk talking, or have so little understanding of the concepts that a few days of thinking about it is unlikely to make much difference. That said, I feel like if anywhere is going to have one great bit of thinking on the blockchain, it’s probably a talk at SXSW -  as someone a bit weary of reading the same thing over and over again on this subject, hunting that particular talk out is on my list of to-dos.

Being responsible creative innovators, realistically looking at the impact of AI, what actionable diversity and inclusion looks like, the future of VR and crypto-chatter - if SXSW 2018 gives me some food for thought on those things, then I’ll be happy.

Oh, and robots. There are always robots. 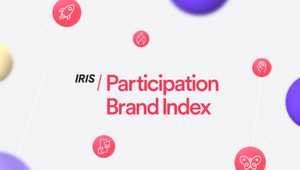