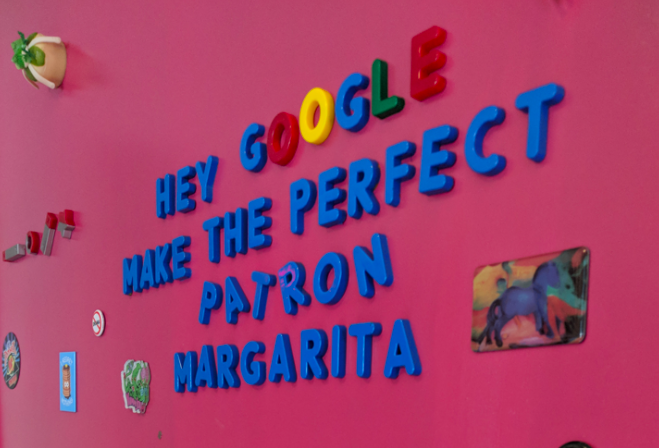 Identifying the 10 key sources of all future change, Webb's presentation ranged from 'Government' to 'Wealth Distribution' to 'Media'. This may sound like a lot - that's because it is.

So, to frame her predictions and give a little context, Webb ranked her future horizons (10, 15, 25 years) under three 3 categories:

Sorry to be party poopers, but Webb rates the likelihood of an optimistic outcome as zero. Ouch.

But, it wasn't all doom and gloom here in Texas. In brighter news, here are Webb's five key trends we will see emerging in 2018.


Despite other attendees' predictions of a world where AI will replace human interactions, Webb believes that the data we create in our interactions with each other and technology "is the new oil".

The big question, and one we should all be debating about, is how our data should be mined and used.

A Q&A with Elon Musk

One of the best things about SXSW is the unexpected surprises.  But this year's "WHAT!?" moment was particularly amazing.

After crashing the WestWorld Keynote (with less than 24 hours' notice), technological deity Elon Musk announced a Q&A session. It goes without saying that it's not every day you have the opportunity to listen, speak or ask questions of the people that push the entire human race forward. Okay, we're a little star struck. But can you blame us?

Musk told an audience that his timeline for sending a space vehicle to Mars could mark its first milestone early next year. The privately-funded venture, announced in September 2017, aims to send a cargo mission to Mars by 2022. He also mentioned that SpaceX's ultimate mission is to plant the seeds that'll allow us to colonise Mars, stating, "I think we'll be able to complete short trips and flights by the first half of next year."

He also regaled the audience with anecdotes about several of his ventures, including Tesla and the Boring Company. But the most surprising response from the mythic man was when he was asked who inspires him. His response: Kanye West.

Every year, major players jump on the SXSW bandwagon to flaunt their stuff in a more immersive, interactive way. This year, as expected, Google came to the party.

To show off what its AI and voice-activated assistant can do, Google turned an entire house into a giant, connected smart home powered by Google Assistant - demonstrating the ways Google AI can be integrated into everyday life. The demos ranged from obvious things--like turning on the sprinkler system, controlling lights, music, blinds and the TV--to more advanced things, like using kitchen appliances, dispensing pet food and seamlessly enhancing the online experience through Google's AI-enabled Chromebooks and smartphones.

Google also showed off a few of its brand partnerships. Visitors to the Google Fun House could get Patron's Google Assistant skill to make them a margarita, order a pizza through the Domino's

skill and even get a tricked-out lowrider to find a carpark - and bounce to music - to showcase its in-car Spot Hero skill integration. Needless to say, it was a pretty fun house.

Behind all the bells and whistles, their core idea was strikingly simple: "Make Google Do It".