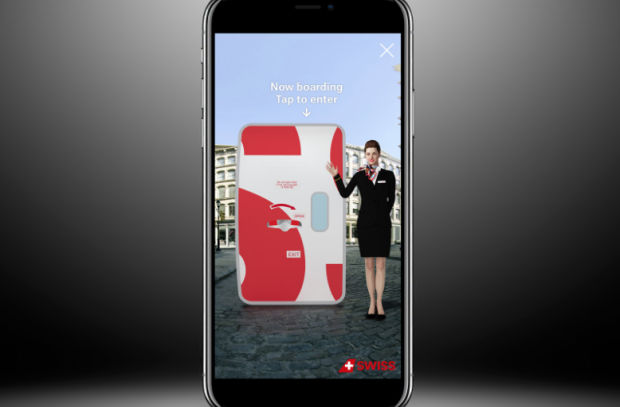 Swiss International Air Lines has teamed up with global media agency Mindshare and NYC-based immersive group COFFEE Labs to create a first-of-its-kind mobile WebAR ad unit. The experience, which launched yesterday, drops a gateway to the skies at the feet of aspiring jet-setters, allowing them to swap their current view for a self-guided tour through the SWISS Business cabin taking off to destinations unknown. The SWISS campaign fuses augmented reality with 360-degree video to create a unique experience where users navigate through four hotspots with their own mobile device, discovering more about the SWISS Business cabin features.

Keeping the rapid-paced consumer behaviors of today’s digital landscape front-of-mind, the experience was created on the Google Marketing Platform, offering a streamlined user experience that does not require an app download -- or even navigation to a separate landing page. The setup of a WebAR ad unit, which utilises WebAR platform 8th Wall’s technology to deliver the experience, also permits more customisation and audience targeting on the backend, providing more brand safety with ad placements and more relevant content experiences for the consumer. The direct approach also encourages a spike in user engagement compared to transitioning users to a separate microsite, where an average of 80 - 90% of users opt out of an experience.

The COFFEE Labs team sought to create a bespoke technical toolkit to revive the antiquated banner ad experience into something that a digitally-native user would be excited to engage with. To create a more intriguing and visually rich experience, they and 8th Wall worked to meticulously finetune the technical backend, which allows for both the augmented reality and 360-video aspects to seamlessly flow together within the user’s mobile browser. 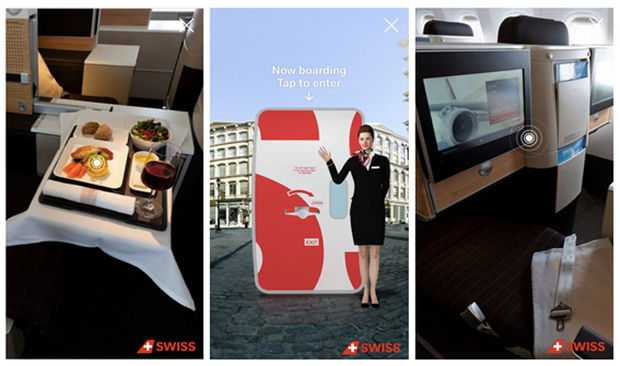 Notes COFFEE Labs partner and CMO Al Silvestri, “We believe in making content that is meant to be experienced, not just consumed. Swiss International Air Lines is dedicated to bringing the highest level of product to their customers, just as they do in the skies, and really empowered our team to push the limits of what is possible for immersive technology in a mobile ad unit in this campaign.”

The campaign is a continuation of SWISS’ efforts to engage travelers with immersive technology, having recently launched interactive billboard experiences and 360-degree videos of their fleet.

Notes Mindshare associate director of invention+ Zachary Freeman, “In a crowded digital landscape, it will never be enough for brands to just use new technology for technology’s sake. But this program uses web-based augmented reality and 360-degree video in a way that creates a true experience for consumers--not just something to be viewed, but remembered.”