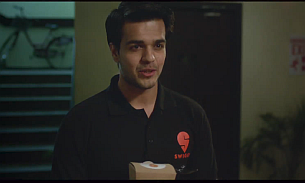 Swiggy, India’s largest food ordering and delivery platform has launched six relatable and witty television commercials this IPL season to celebrate two of India’s biggest passions - Cricket and Food. The multi-lingual campaign is conceptualized by Lowe Lintas, Bengaluru. Swiggy roped in seasoned cricket commentator Harsha Bhogle and former cricketer and commentator Aakash Chopra to lend their voices to the TVCs.
The campaign highlights how Swiggy has changed consumers’ food-ordering habits with some of its unique differentiators such as ‘No Minimum Order’, ‘Lightning Fast Delivery’ and ‘Variety of Restaurants’ to choose from. Considering the relevance of the campaign, apart from Hindi and English, the ads will be aired in Tamil, Kannada, Tegulu and Bangla.
Speaking on the idea behind the new commercial, Srivats TS, VP Marketing at Swiggy, said, “The IPL-themed advertisements are fun and intriguing to watch as they explore relatable scenarios that have made Swiggy a household name today. Whether it’s a married couple or a full-fledged party watching the big matches, the idea is to showcase Swiggy’s role in changing the way India eats, by bringing out the brand benefits in a likeable and engaging manner while delivering a full entertainment experience to millions of people and fans.”
The TVCs have a simple storyline with minimal dialogues that cut straight to the chase. What makes them stand out is the execution including the comic expressions of the characters and the subtle yet smart interweaving of the spirit and sounds of the sport. It drives home the message that Swiggy is here to satisfy even the smallest of their consumer’s hunger pangs and food demands at lightning fast speeds. The TVCs are a right mix of consumer insight, targeting and product communication that is clutter-breaking and makes a mark. The films are directed by Abhinav Pratiman of Early Man Films.
“Cricketing jargon has always been part of the popular lingo in India. What we’ve tried to do with this campaign is to present the brand’s benefits in a fun, light-hearted, everyday context with cricket commentary delightfully punctuating the life situations,” said, Arun Iyer, Chairman & CCO, Lowe Lintas.
Besides the T20 in-game ad, the campaign will run on digital and across the brand's social media platforms. Swiggy has also collaborated with Jordindian to create a couple of videos showcasing how cricket is best enjoyed with food ordered from the platform.
At the start of the T20 cricket season, Swiggy launched Match Day Mania, a 51-day long food festival that offers discounts across 13000+ restaurants in the cities Swiggy operates in. This integrated campaign, apart from television is being promoted across print, radio, digital platforms, as well as in restaurants.
view more - Creative 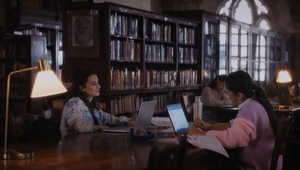 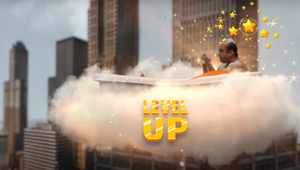