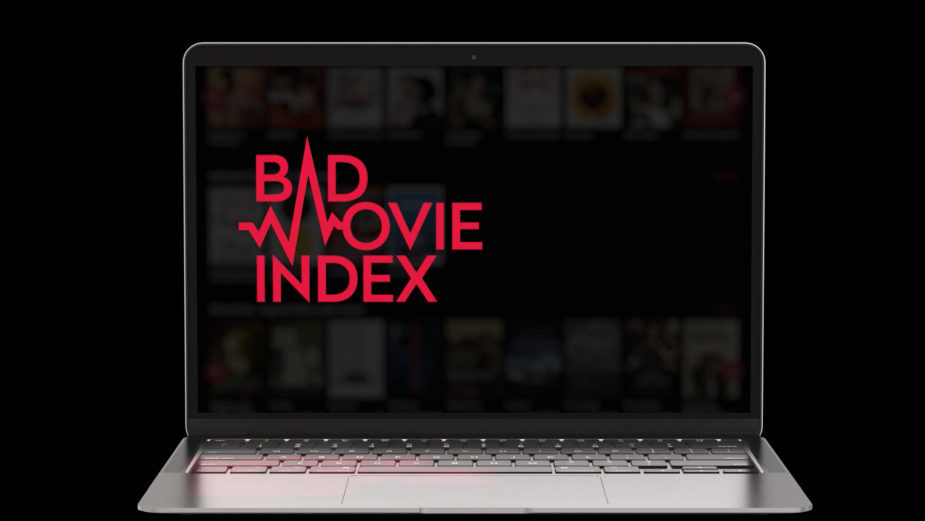 The 'Bad Movie Index' lets us take a closer look at the top ten lists of movies from the world’s top five streaming giants. When adding the respective movies’ ratings from two major movie rating sites into the equation, the truth behind our movie-watching habits is revealed.

“At Draken Film we put our heart and souls into carefully selecting films that offer something extra to the viewer and broaden their view of what quality film can be. By lowering our prices when the Bad Movie Index goes down, we hope that more people will discover and be inspired by our selection,” said Mirja Wester, CEO of Draken Film and Göteborg Film Festival.

“The Bad Movie Index not only shows us what movies people like to watch and how it varies over time... First and foremost it opens up a conversation about what quality films really are, and how personal taste can be.”

The Bad Movie Index continuously collects and analyzes viewer data from Draken Film’s home country Sweden. It compares the top 10 films on each streaming service with their ratings on two major movie rating sites. The result is an index that varies over time depending on what’s on the top lists.

As the index fluctuates, so does the monthly membership price of Draken Film’s own quality film streaming service. When the index hits its’ lowest levels, Draken Film offers a monthly price of 29 SEK (3.3 USD, 2.9 EUR), but if the index shows that people are streaming highly rated movies, the price rises to 109 SEK/month (12.5 USD, 10.7 EUR) – compared with the regular price of 89 SEK / month (10 USD, 8.8 EUR).

The results shown on www.badmovieindex.com visually resembles the stock price indexes we’re used to seeing on financial sites. But instead, it offers an almost live view of the perceived quality of the movies that are being streamed across Sweden.

“Draken Film has a thorough process when we select films. We strive to offer a broad selection of quality films, many of which you won’t find on traditional streaming sites. Instead, we try to inspire, even challenge our viewers to discover quality films from all over the world, in all genres,” said Jonas Holmberg, artistic director at Göteborg Film Festival.

But have U.S. viewers been streaming more or fewer quality movies during the pandemic? And who has the best taste, the French or the British? In addition to the unusual pricing in Sweden, Draken Film has dug deeper into the data, revealing the truth about movie-watching behaviours in the U.S., UK, Japan, Brazil, India, Germany, France, Denmark and Norway.