The Sustainability Channel 301 Add to collection 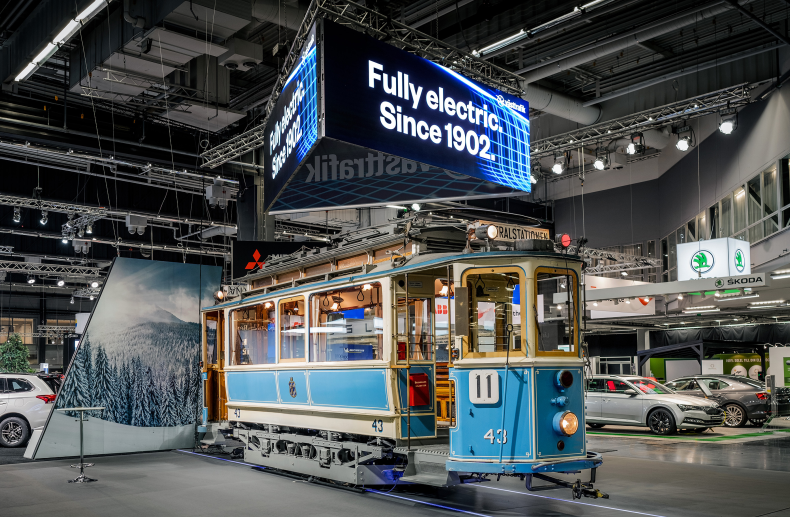 The first electric trams entered the streets of Gothenburg, Sweden, more than a century ago. To remind people that sustainable transport is nothing new, public transit company Västtrafik snuck an electric tram from 1902 into Sweden’s biggest electric car show.

Heads were turned at the eCarExpo in Gothenburg – Sweden’s biggest electric car show – when the visitors saw the hundred year old tram. Clearly an odd bird in the flock of futuristic cars, but Västtrafik was there to make a point.

Car manufacturers today are launching electric cars as the solution to the ever-growing problems of CO2 emissions and air pollution. But from Västtrafik's point of view, the answer has been here for more than a century: Mass transit.

”The solution to many of our urban challenges have been standing right in front of us for a very long time – we simply have to travel more together. Electric cars are part of the transition towards sustainable transport, but they won’t solve the trafic situation. An electric car on the road is still a car on the road," said Lars Backström, CEO of Västtrafik.

The stunt was carried out to highlight mass transit as the most sustainable travel option, but also to inform about Västtrafik's accelerating commitment to electrification. By next year, 230 electric buses will be set in traffic, giving Gothenburg the biggest fleet of electric buses in Northern Europe. And within ten years, the goal is for all city traffic to be fully electric.

“Many people are talking about the electric car revolution, but at the moment only about half a percent of all car trips in Sweden are electric. Public transport in Western Sweden is already 45 percent electric, and by next year that number will be 65 percent. We certainly encourage the transition within the automotive industry, but it takes time to change an entire business. Mass transit is already sustainable and now we're taking another leap," said Lars Backström.

Production Company: Is This It, Gothenburg, Sweden