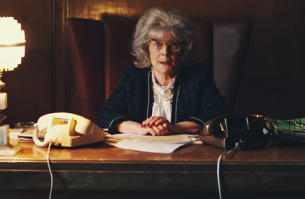 Digitisation, robotics and globalisation mean the labour market is in constant change, and the Swedish Part Model is part of that journey. TCO, The Swedish trade union confederation, illustrates this in a new campaign where the future labour market is portrayed as Artificial Intelligence. Artificial Intelligence, A. I., is a computer program that tries to emulate human thinking and behaviour can learn and improve on its own. A.I.s are already a big part of our daily lives. They help us find what we need on Google and they handle customer service for many large organisations and companies, around the clock – and now they had enough.

This is pictured in a movie where the union's first members open up about their working situations. Sid is a spambot forced to earn a living by selling junk products that nobody wants, Nancy is a chatbot who is dreaming about getting weekends off – and the servicebot Sheila can’t wait to retire and move to Florida. Luckily for them, there’s a new Union for artificial intelligence that they can join to solve their problems at work and start living “like a Swede”. At the site likeaswede.se, you can visit the actual union (and join it, if you’re a bot).

The site is built as a so-called honeypot site that attracts A.I.s and computer software on the internet. The amount of A.I.s that have passed by the site might be potential members in the Union of Artificial Intelligence and are visualised in a counter on the top of the site.

The whole concept is to play with the idea that Artificial Intelligence are going to want the same privileges as humans on the labour market of the future. Especially the privileges we have in Sweden, thanks to the Swedish part model. Even though bots today might not have those kind of needs, you could say that we’re giving them a chance to get together and organise themselves on our site, says Anna Werkell, copywriter at ANR BBDO

TCO does not just settle for starting a union, but they have also programmed a self-chairman of the new union: a chatbot that lives on the site likeaswede.se. The chatbot, Clever Botson, is programmed to educate both humans and A.I.s of The Swedish Part model. With the project Face Tomorrow Like a Swede TCO wants that young community-minded will increase the understanding of The Swedish Part Model. The audience also gets the opportunity to increase their knowledge in an innovative way.

Chat with the chairman of Union of Artificial Intelligence on http://www.likeaswede.se/#en