Trends and Insight 383 Add to collection

From mind-blowing digital innovation to cinematic beauty, check out our favourite Swedish work of the past six months 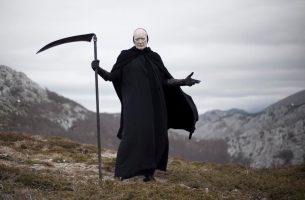 Last year ANR BBDO used VR to demonstrate the frustrations of internet lag for their award-winning ume.net campaign. This year they’re harnessing the power of brain waves to prove that lag can challenge the patience of even the calmest soul in this amusing experiment, created in conjunction with B-Reel.

Airport departure lounges are dull, dull, dull… especially when your flight is delayed. Akestam Holst and the Red Cross found an ingenious way to help travellers beat the boredom while getting rid of their spare foreign currency by turning old arcade games into playable collection boxes.

Swedish creative studio Stopp and M&C Saatchi Stockholm transported Oslo shoppers to the streets of New York thanks to a very clever outdoor display that hooked them up to a loud and gregarious NY cabbie.

Who knew burgers could be so chic? DDB Stockholm and McDonald’s joined forces to create a really tasty fashion collection that turned the humble hamburger into a true style icon.

We’re really indecisive. Or maybe we’re not? Anyway, this new campaign from CP+B Stockholm and Hobby Films is just-the-right-kind-of-annoying and captures the paralyzing difficulty of making a decision in the age of information overload.

Akestam Holst and insurance company Folksam follow in the footsteps of Mozart in this amazing campaign that saw a gang of unruly three- and four-year-olds transformed into a functioning orchestra in a matter of weeks. Check out our interview on the campaign here.

Swedish winter nights are long and dark, but this winter B-Reel lit them up with a stunning light show that turned some vacant buildings into an architectural graphic equalizer. The event was created to encourage people to consider moving to a previously unloved part of Stockholm.

A simple yet effective example of nudge theory in action, DDB Stockholm’s Rag Bag is a shopping bag that transforms into a donation envelope that encourages consumers to donate their old clothes to charity whenever they buy something new.

The Sound of Death

We’re finishing off with a homage to one of Sweden’s most famous creative talents, Ingmar Bergman. This Unicef film from Forsman & Bodenfors and Acne takes the Grim Reaper from Bergman’s famous film The Seventh Seal and transplants him to The Sound of Music.