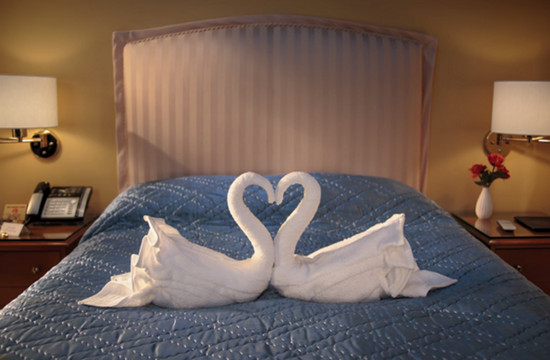 To celebrated the launch of the citizenM Hotel in New York, KesselsKramer has teamed up with oscar nominated, stop motion artist PES on a cute film with a surprising ending.

The film takes place in a cliché-clad hotel room, complete with swans made out of towel origami. After taking a romantic swim around the pond-like bed, the swans' steamy session is abruptly and violently interrupted.