The Sustainability Channel 469 Add to collection 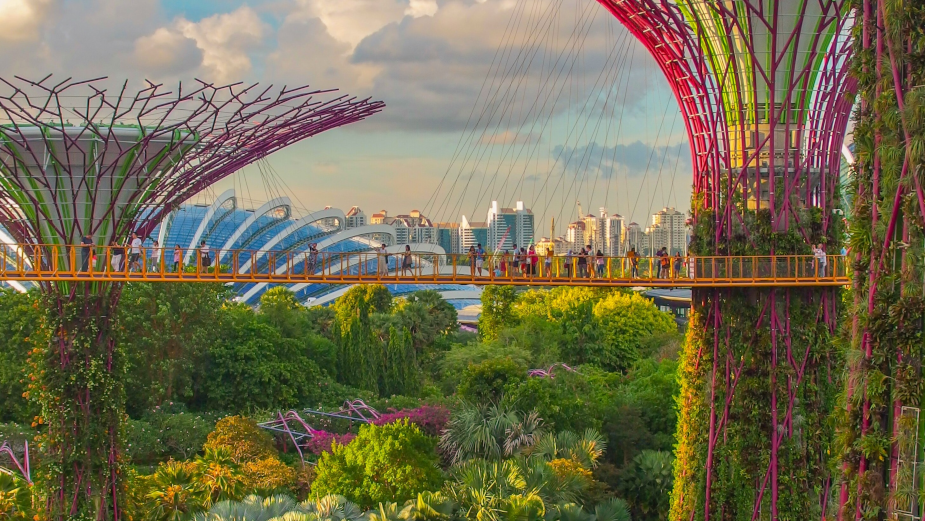 As a topic, sustainability has been discussed, debated about and picked apart so many times it’s a surprise there’s anything left to say about it. We’ve all faced a reality over the past 18 months that just because something is here today, there is no guarantee that it will be tomorrow, thus the conversation around what living sustainably means has been intensified greatly. With many countries around the world doing their bit to live consciously, one in particular that is interesting for many reasons is Singapore.

The nation last year released the Singapore Green Plan 2030 outlining the vision it has to ensure that over the next decade a change is made in how sustainability is viewed in the country. Some of the key targets in the Green Plan include a pledge to plant one million trees, increase solar deployment, ensuring 20% of schools are carbon neutral and reducing the amount of waste sent to landfills each day. How these are communicated to locals is where advertising comes in.

MullenLowe Sustainability’s associate director Oriana Brine believes that advertising has a ‘huge opportunity’ to help brands communicate honestly about sustainability goals through campaigns. She adds: “Agencies can act as an intermediary between brands and consumers to help decode sustainability benchmarks and standards for consumers to understand how to make better purchasing decisions.”

However, finding campaigns that explicitly mention sustainability in Singapore is easier said than done. Forsman & Bodenfors Singapore’s creative Lena Paik found that while the country is in its ‘infancy stage’ when it comes to sustainability in brand advertising, the few campaigns she’s encountered are from government agencies only. “Singapore’s National Water Agency, PUB, is one that does this extremely well with two successful, emotional short films ‘Kinship’ in 2019 and ‘The Frog Prince’ in 2020. Both stories explore themes of kinship and love to convey values that are as precious as water.

“In another nation-wide nudge to reduce disposables and encourage reusables, the National Environment Agency launched a film ‘Say YES to Waste Less’ confronting the alarming amount of rubbish we discard and the snowball effect of single-use disposables.”

All three campaigns are unique in their own way, but are trying to do their part to tackle what has the potential to become a problem that spirals out of control. BBH Singapore’s chief strategy officer Jacob Wright has a rather unique analogy for how he views the topic: “If the farsighted technocratic government is Singapore’s brain, and it’s people are the heart, then the brain is taking sustainability very seriously, the heart far less so.”

He adds that while “Singaporeans don’t have visceral and immediate feelings about environmental degradation because they can’t see it happening” global brands have tried to do their part with advertising. In particular, Unilever created a partnership with local ecommerce platform Shopee to push sustainable brands and encourage awareness of environmentally friendly products. “But in general it’s less of a focus for advertising than you would see in the US or Europe, probably because there’s little evidence that it’s compelling for consumers.”

Although, Oriana argues that brands that see sustainable practices as just a way to grow their profit margins “risk being caught out making superficial or unsubstantiated claims.” She continues: “There is a danger that advertising might facilitate a shallow transition where some specific problems in brands are addressed in isolation but fail to address the root cause and create a transformative future. It might be a hard pill to swallow but being sustainable means something different to every industry and every brand.”

UltraSuperNew Singapore’s head of growth Jean-Francois Thery argues that we only care about sustainability when “it’s convenient and doesn’t impact our way or life.” Point in hand is a collaboration he saw in June 2020 between Singapore’s sustainable food delivery service barePack and online delivery platform Foodpanda. The two partnered together to provide a zero-waste option to its consumers at no additional cost, save for the subscription on the platform.

Jean-Francois comments: “One might look at this product as a game-changer, I know I certainly did. But once I found out that I had to adjust my life’s schedule to benefit from this partnership (washing the container, bringing it along with me to the shop etc.) It just didn’t seem that appealing anymore. I’m guilty of dropping the ball on this one, but it points to a much larger issue at hand.”

For him, the government needs to lead by example and “sustainability practices need to be mandated and compulsory to affect behavioural change.” He adds that, like much of the world, plastic bags in supermarkets come with a charge but “there is still an option given and it’s in our nature to want to choose the most convenient one, people won’t constantly bring their own bags if there’s an option to purchase.”

BBDO Singapore’s CCO Guan Hin Tay believes that the new focus will give the ‘garden city’ momentum to develop its goals. However, a lot is changing – and has changed – throughout the country with Covid. Oriana believes that the pandemic was an opportunity to really open people’s eyes about how they consume products and services, and how heavily reliant the country is on importing everything from its energy, water, food, and materials, to its labour. She adds: “Singaporeans are learning how deeply interconnected planetary and human health is, and there is an emerging consumer sensitivity about how genuine a brand’s action is in its transition away from activities that are carbon intensive or destructive to the ecosystem.”

BBH Singapore’s Jacob recalls a moment during the pandemic last year when migrant workers were quarantining and unable to work, locals volunteered to do their part and clean the local beaches. However, the narrative has changed now: “Concerns about the economy due to Covid have tended to dominate on both social media and mainstream news channels, further diluting the emphasis on sustainability.”

Speaking of social media, it seems there’s been a rise on certain channels of those who are using the platform to show off their ‘greenfluencer status’ – especially the younger generation. Lena adds: “Many are concerned, calling up actions as the country heats up twice as quickly. You’d find a rise of ‘Greenfluencers’ using social media to educate and encourage their followers to live eco-consciously, or actively hosting workshops and talks to raise awareness.”

As Singapore works towards meeting the aims set out in the Green Plan, and agencies work together with brands to ensure that they also play their part in ensuring for a brighter future, Jean-Francois sums up the sentiment by simply saying: “I for one look forward to seeing more regular engagement between the different agencies to help the plan materialise. It’s the only way to effect any meaningful changes to live more sustainably.”