Sustainable Coastlines and PlayStation's 'Pick Up Quick!' Tackles the Issue of Litter in Aotearoa 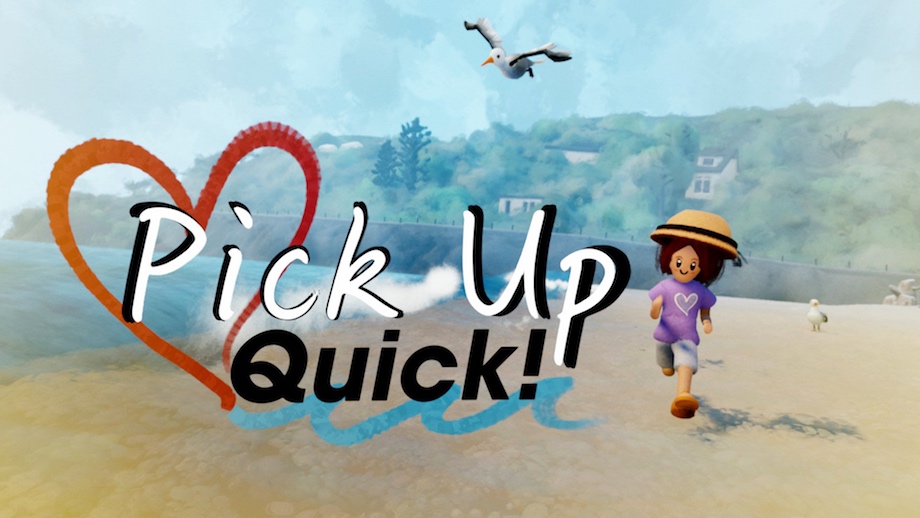 Tokahaki Point, Kapiti Island and Ta Tāhunanui Beach, Nelson are the focus of a new video game dreamt up by TBWA\Group’s Eleven for Sustainable Coastlines with support from PlayStation NZ.

Called Pick Up Quick! and designed to tackle the problem of litter on Kiwi beaches, it’s hoped the game will encourage players to become Citizen Scientists to combat the issue in real life.

With the two levels created to look just like the real-life coastlines featured, the aim of the game is to hunt for discarded litter, collecting as much as possible within 45 seconds.

Data from real litter clean ups carried out by Sustainable Coastlines as part of its Litter Intelligence project was used to inform each level of the game. Meaning that at the end of each level players can compare the rubbish they collect with what was collected in real life.

Created with and available to play in DREAMS for PlayStation 4, the game taps into the gaming for good trend and is one of the first partnerships of its kind with London based Media Molecule.

Says Angelina Farry, managing director, TBWA\Group’s Eleven: “What makes this game so special is the creative use of real world data to inform the virtual in a way that encourages Kiwis to take action to prevent rubbish getting there in the first place.

“It’s the virtual world and real combining in a positive way that is rarely seen. The level of accuracy and detail in replicating the beaches and the litter found on them is seriously impressive. The whole game and the community purpose behind it is incredible and I hope as many people as possible get to play it.”

Leading the creation of Pick Up Quick! has been Stacey Bartlett, a talented 25-year-old school administrator from North Canterbury, with further expertise provided by Media Molecule.

Says Bartlett, who also goes by the username Ividusk: “I’ve been playing PlayStation since I was eight so I was excited to be asked, if a little nervous, but I worked closely with the Sustainable Coastlines team to try and make the coastlines as realistic as possible.

“I want people who have visited Tahunanui Beach in Nelson to play the game, recognise the beach and understand the scale of the problem and then take action to stop the litter getting there in the first place.”

Aimed at young Kiwi gamers, Pick Up Quick! is part of the growing ‘gaming for good’ trend, which sees creators use their skills for the benefit of community or charity groups.

Co-founder of Sustainable Coastlines and the Litter Intelligence programme, Camden Howitt, says litter is a major threat to Aotearoa and through education and grass roots action, we can tackle the issue at scale.

Says Howitt: “Across the country we’ve been mobilising Kiwis to become Citizen Scientists to collect the rubbish on our beaches and publish the data.

“Pick Up Quick! brings that experience to a much wider audience, educating and inspiring them to take action on litter and become Citizen Scientists in real life.”

The Litter Intelligence programme has so far seen almost 350 surveys completed across the country by approximately 4,000 Citizen Scientists, but more are needed, particularly in remote parts of New Zealand.

Says Howitt: “It’s a clever use of our data. If everyone who plays the game starts thinking a little harder about their impact on the environment and the changes they can make, then we’re another step closer to solving our litter problem.”

Media Molecule has gone so far as to feature Pick Up Quick! on the DREAMS homepage to show what’s possible and encourage people to get creative.