Sustainability: Is Remote Filming the Future?

The Sustainability Channel 207 Add to collection 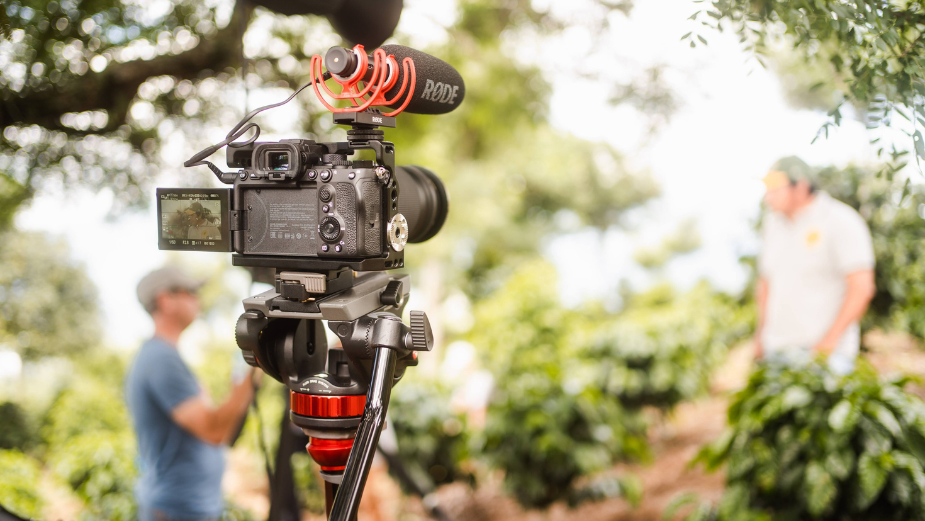 There’s an old adage which decrees that “a good crisis should never be put to waste”.

In the spirit of that wisdom, there’s increasingly a view that remote filming - a practice which greatly accelerated under the lockdowns of the covid pandemic - is set to be a fixture of our industry long after social distancing has been confined to memory.

In part, that’s because of the hard-headed reality that the practice tends to make production a lot cheaper. But more than that, remote filming makes production greener, too. Agencies, brands, and production companies looking to make good on ambitious sustainability targets are now able to tap into remote filming having spent the past two years learning that they can rely on it.

For an industry grappling with its environmental impact, it’s an opportunity which has arrived not a moment too soon. Research published by Ad Net Zero showed that, in 2020, 71% of industry professionals were ‘worried’ about their impact on the environment. 45% had gone so far as to question whether they wanted to remain a part of the industry, given its links to environmental damage.

There’s reason to believe those fears are well-founded. The Bafta-backed environmental organisation Albert estimates that every hour of TV production generates 9.2 tonnes of CO2, with each tonne corresponding to the loss of three square miles of sea ice.

Within the industry, changes are underway. Teru Haruta, a producer at the Tokyo-based creative production studio Toboggan, sees things moving towards remote filming for a multitude of reasons. Over the course of a number of projects during the pandemic, Teru enlisted the help of Remote Filming, a streaming software provider specifically tailored to the production industry. “Remote Filming was incredibly easy to set up, and the quality on-screen was fantastic”, he recalls. “Given that we normally do lots of work with overseas partners, during the pandemic it was invaluable. It also helped us cut down our emissions whilst still getting high-quality work done”.

For Debbie Garvey, deputy MD at RSA Films, there’s an indelible link between a successful remote shoot and sustainability. “I think all of us have found our time to be more productive by re-thinking when you need to travel”, she says. “Working from home more regularly and being more productive generally, with better use of time management and life management, have been features of the pandemic era. Couple that with the reduction in transport - from long haul flights to short cab trips - and our environmental impact has reduced dramatically”.

Anthony Barry, the co-founder of Remote Filming, is aware of the positive impact on sustainability goals. “As a company, we do everything we can to minimise our own waste and keep our emissions as low as possible”, he says. “But simply choosing to film something remotely at all is already a carbon-negative decision in the sense of what you’re replacing. Flights, multiple hotel rooms, catering and other travel costs for an entire production team adds up frighteningly quickly. Remote Filming has been designed to give you the chance to replace all of that with a far greener alternative.”

Striking a similar note, Max Brady - EP at the Dublin-based Pull The Trigger - notes that “when we’re using Remote Filming, we’re not incurring the cost - financial or environmental - of a long-haul business class flight. It also reduces the number of people needed on set, which has an impact on the trash generated and overall carbon footprint of course”.

That impact on emissions could be immense. According to a 2020 report from AdGreen and Bafta, 51% of carbon emissions from film production came from travel and transport-related activities.

Additional research from Remote Filming informs us that, on an average five-day international shoot, productions can rack up 60 tonnes of CO2 emissions (plus some £75,000 in travel and hospitality costs). Expand that out to 25 shoots in a given year - by no means unrealistic for a major brand - and that figure balloons to one and a half thousand tonnes of CO2 per annum. It’s little wonder, then, that more and more people within the industry are turning to solutions including remote filming.

Jo Fenn, co-founder of AdGreen, believes that remote filming has a role to play as part of a wider approach towards making production more sustainable. “If a script is calling for shooting abroad, you might want to consider remote filming as an option”, she says. “That’s on top of other ideas, such as using more local talent and sending less visitors, choosing a location closer to where you’re based, flying economy instead of business, or even having a local team shoot plates”.

Choosing which approach is right for a given project will come down to case-by-case decisions. However, AdGreen’s carbon calculator makes it easy to assess the environmental impact of production activities. “If you can see that travel is going to be a large part of your projected footprint, then it’s time to think about whether remote shooting could be applied”, explains Jo.

But, with all things being equal, is remote filming truly a practical choice? And could it potentially take something away from the magic of filmmaking? As Jo herself notes, “nobody pursued a career in commercials just to direct them from their bedroom”.

Happily, there is reason to believe that technology has arrived at a point where the experience is as smooth and efficient as possible. Reflecting on her experience of working with the Remote Filming software, Graciella Creazzo of Titanium 22 recalls that “across all of our work with Remote Filming, the stream has been visually clear and easy to set up. Because of the combination of convenience and cost savings, it’s going to remain relevant long after the pandemic”.

That convenience has been a key factor behind the success of Remote Filming. “Right from the start, we’ve recognised that there’s a link between sustainability and simplicity”, explains Anthony. “As a result, we’ve prioritised ease-of-use. There are no apps to download, no extra equipment needed, and no specialist crew is required. As the costs and complexity diminish, so too does your carbon footprint as you don’t find yourself allocating resources and team members to get your streaming solution working”.

Crucially, Remote Filming can also stream from up to 16 different cameras in multiple locations. That versatility opens up more opportunities for convenience and sustainability as team members across different locations - even different countries - can collaborate.

And it’s not just producers who find the convenience aspect appealing. “Some of our more far-flung directors prefer working with Remote Filming for the shorter jobs”, says Max. “They get to stay home, keep their carbon emissions down on long haul flights, and don’t suffer jet lag”.

RSA’s Debbie Garvey considers the sustainability benefits - along with the cost savings - of remote filming as crucial reasons for its continued relevance. “I think we all learned a lesson on how to do things differently - particularly those of us who grew up in this industry typing call sheets and printing everything”, she notes. “Remote links to shoots can reduce the number of people required to travel, and many clients and agencies have adopted this. I’m sure it's here to stay as we all attempt to be more sustainable and mindful of our responsibilities to the environment, and reducing our negative impact. Oh, and working with increasingly tight budgets is a factor, too!”.

In addition, filming remotely impacts on the kind of low-level waste which can so often add up. “​On set, Covid has helped push the use of reusable bottles and reduced the amount of plastic we all use. And meals have tended to be ordered per-person, so a lot less waste is being generated than a big catering van with too many food options”, continues Debbie. “And now, the end of Covid testing will reduce the huge waste created from masks and test kits - which has been an unfortunate outcome in terms of environmental impact.

Ultimately, it seems that sustainability is one of the key reasons why remote filmmaking is set to remain an integral part of the industry landscape for years into the future. “What we’re seeing is a - hopefully unstoppable - drive from production companies, agencies, clients, you name it, towards a more sustainable vision of working”, says Anthony. “And as a result the reason for not attending shoots will change. Over the past two years it's been Covid, and that’s given us a sort of trial period where people have gained the experience to decide with confidence that it can work for their shoot. Going forward, the reasoning will be a mixture of cost and sustainability”.

And so, with the pandemic promising to fade away as we move into the warmer months, the industry has the perfect opportunity to improve sustainability via remote filming - and avoid putting that two-year-long crisis to waste. 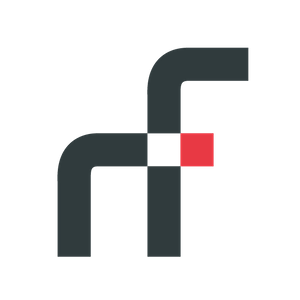 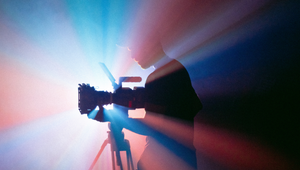 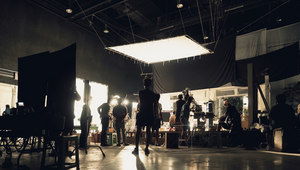 Streaming Your Shoot? Here Are the Top 10 Things to Consider 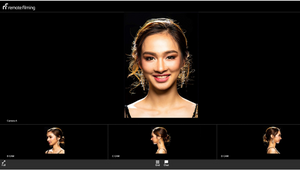 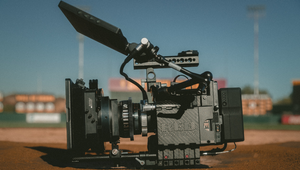 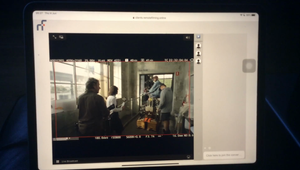 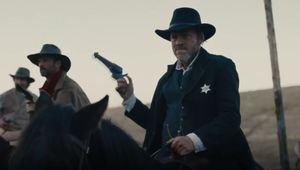 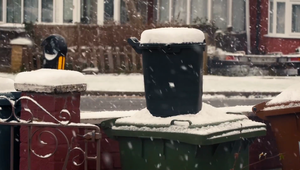 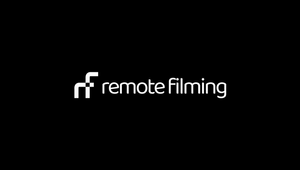