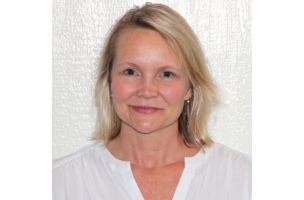 Native Pictures, a company known for creative thinking and innovative production solutions, announced the hiring of Susan Rued Anderson, one of the commercial production industry’s most accomplished executives.  Anderson joins the company as a Partner and Executive Producer in Los Angeles, where she will work directly with Founding Partner Tomer DeVito, who made the announcement today.

Anderson most recently worked as Executive Producer/Managing Director at B-Reel, where she secured both the film’s director and writer on Toshiba/Intel’s EMMY and triple Cannes Grand Prix winner “The Beauty Inside.”  Prior to B-Reel, she was Executive Producer at The Sweet Shop and was integral in launching both companies U.S. commercial operations.  This follows last Fall’s announcement of Native’s new film division COTA, led by veteran feature film producer Michael Costigan (Brokeback Mountain, Prometheus, Out of the Furnace).

“I’m thrilled and honored to partner with Tomer at Native,” Anderson said.   “Over the last six years Native has quietly gained a huge fan base of loyal and repeat clients with their high creative standards and an ‘anything is possible’ approach.  The team at Native are some of the best out-of-the-box thinking producers around, producers after my own heart.  I look forward to working with Tomer to continue to grow the directors’ roster and the company.”

“As we focused our efforts on growing the company and adapting to the changing landscape of production, it just made sense to bring on Susan,” DeVito commented. “She has a rare combination of high-level production expertise rooted in storytelling and filmmaking craft, the ability to develop talent in an evolving media landscape and the innovative thinking that is crucial to successful digital campaigns. Susan joining us is the first in a series of exciting news about additional key hires and new directing talent we’ll be announcing soon.”