Susan Credle Urges The Ad Industry to Love What It Does 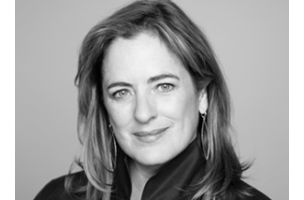 The advertising industry is at risk of undermining its own existence if practitioners don’t re-learn how to love advertising for what it is, warned FCB Global CCO Susan Credle at Dubai Lynx this week.

The president of the Dubai Lynx 2016 Film, Print, Outdoor, Radio and Print Craft jury and Integrated jury addressed the audience with an impassioned defence of the advertising industry.

She noted a trend for people working in advertising aspiring to be part of something other than advertising – and warned that a failure to appreciate the impact and power of the medium could be the industry’s downfall.

“I think words are important,” she said. “If we’re not careful we can will it to happen.”

Drawing on her own childhood experiences witnessing commercials that completely changed her worldview, she illustrated the eye-opening power of advertising.

“Advertising started to challenge what I thought about the world,” she said. One animated Levi’s spot “spoke to me at a level that was higher than anything I was ready for”, while a glamourous and sexy Chanel spot from Ridley Scott in 1979 made her brand-loyal for life.

It was Coca-Cola’s ‘I’d Like to Teach the World to Sing’, though, that truly opened her young eyes. “You have to imagine where I’d been at home in South Carolina. I had never seen people of colour mixing together with white people. I didn’t know if it was right or wrong but I had surely never seen it before,” she said. “Who would have thought a soft drink would have expanded the world for me?”

The influence of good advertising also led her to question the impact of targeting, irritating people with over-saturated content and of making creative focus too heavily on ROI. As a 15-year-old, she wasn’t Chanel’s target market by a long stretch, but she saved up her babysitting money to buy a small bottle of Chanel No.5. “I don’t think Chanel knows I’m still buying their products thanks to an ad they ran in 1979.”

But with the power to do good, advertising also has the power to ‘pollute’ it. “I think craft is part of the business that we’re not taking seriously, even with the words we write,” she said.

The industry as a whole might be facing a crisis of confidence, but for Susan advertising is ‘still worth saving’, as long as it is used wisely – as a tool for solving problems rather than white noise to fill up time and space. In order to turn ‘liking’ into ‘loving’, creatives need to take pride in the work that they do.

“You can’t buy love today any more than you could yesterday.”