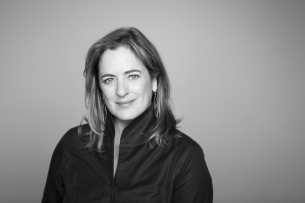 Murray and Jonathan Harries, who has served as FCB’s global chief creative officer since 2006, jointly began a search for Harries’ successor a year ago. “The moment we met Susan, we both felt that she would be the perfect creative leader, given our ambition of being a true creative/business partner to our clients to help change consumers’ behavior,” said Murray. “Susan is joining a group of talented creative people and her wealth of experience, perspective and leadership style will make us all that much better.”

Harries will become chairman of the network and continue to inspire and counsel. “There is no one who has worked harder and cares more,” said Murray. “The chairman title and role, at its best, should be held by someone with stature who commands respect in a company. I can think of no one who deserves that title more.”

Credle was most recently chief creative officer at Leo Burnett USA based in Chicago. She joined in 2009 and is credited with spearheading a creative renaissance, creating a collaborative culture, shoring up existing clients and attracting new marketers to the fold. Allstate’s “Mayhem” campaign and P&G’s anti-bullying initiative “Mean Stinks” for Secret are among her acclaimed efforts.

Credle, who started her career at BBDO New York after graduating from The University of North Carolina at Chapel Hill in 1985, quickly made her creative skills apparent to agency leaders through her tenacity and perseverance. She served as a copywriter and a creative director before ultimately being appointed EVP, executive creative director. During her 24-year tenure at BBDO, she reinvented the iconic M&M’s characters, helped turn Cingular Wireless from a small challenger brand into a category leader, and created award-winning work for clients including Bank of America, FedEx, Gillette, Lowe’s, PepsiCo, Pizza Hut and Visa.

Credle, who will be one of nine jurors charged with bestowing the inaugural Glass Lion at Cannes this year, applauded Murray for his unyielding dedication to finding an unfair share of the best-and-brightest talent. She said she’s determined and committed to partnering with Murray to create that culture globally. “I believe what we do in the advertising industry makes a difference. And, I have learned that for us to make a difference, three elements must be present. People, place and purpose. These are the three reasons I am now joining FCB as part of the global leadership team,” said Credle. “I respect legacy brands and that includes agencies. In March of 2014, FCB reclaimed its name. It’s a name that has a rich history of creating compelling work that has moved the industry forward. Today, FCB has the ambition and the scale to do this again.”

Credle is passionate about how combining art and commerce can make an undeniable difference in the industry and the world. “The challenge of doing so globally is irresistible.”

Credle is a member of the Creative Review Board of the Ad Council and serves on the boards of The University of North Carolina’s School of Journalism and Mass Communication, The American Association of Advertising Agencies, The One Club, The VCU Brandcenter, The IAB, The Foundation for Exxcellence in Women’s Health Care, Marwen, Chicago Ideas Week and One Million Degrees. She has received numerous industry accolades, including being named CAF’s Chicago Ad Woman of the Year in 2013, one of Advertising Age’s 100 Most Influential Women in Advertising, one of Business Insider’s Most Creative Women in Advertising, selected the 2014 Cannes Lions Jury President for Promo & Activation and inductions into the AAF’s Hall of Achievement and The North Carolina Advertising Hall of Fame.