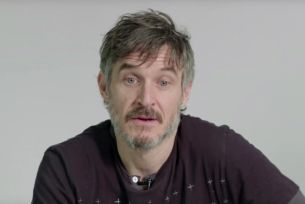 The AICP today launched 'Art Vs Advertising,' a call for entries campaign for the 2017 AICP Awards, which includes the AICP Show and AICP Next Awards. The series of short films promotes the fact that all winning work in the AICP Awards is included in the archives of the Department of Film at The Museum of Modern Art (MoMA). The Call for Entries for the AICP Show and AICP Next Awards is now open here.

The films showcase some of the top creative talent in the industry - who have all won numerous AICP honors over the 25-year plus history of the archive – going head to head with their “peers and rivals” whose work is also in The Museum of Modern Art (MoMA). In “Cezanne vs Graf,” Gerry Graf, Founder/Chief Creative Officer at Barton F. Graf, illustrates how he and noted painter Paul Cezanne have many similarities, including the fact that each has 21 pieces in MoMA. Susan Credle, Chief Creative Officer at FCB Worldwide, faces off with Vincent Van Gogh – she has five pieces to his six, and could soon surpass him. Jeff Kling takes on Jeff Koons; the latter has a slight edge with nine pieces to eight. The challenge is now on for these and others in the industry to push up their ranking in the growing archive by entering – and hopefully winning. The full, searchable AICP Awards archive is available at www.aicpawards.com for all in the industry to find their tally.

“The conversation about art and advertising is over—its now about Art vs Advertising as creative rivalries percolate across media platforms,” said Matt Miller, President and CEO of AICP. “The archive at MoMA is a huge achievement, offering unequaled prestige to artists of all walks as they strive for creative recognition.”

The deadline to enter the AICP Awards is March 3, 2017. The AICP Show and AICP Next Awards both premiere during AICP Week, which takes place June 5th-7th.