Surf, Kayak and Climb Your 'Summer Mountain' in VR Campaign from Coors Light 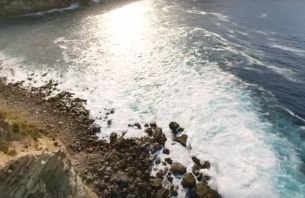 The 'Climb On in 360°' VR experience is currently available on YouTube in a series of 360° videos and will also be activated in thousands of bars nationwide. Each adventure begins with a panoramic view from the top of the Rocky Mountains and lets users choose which “summer mountain” or new activity they’ll explore. In the surfing VR experience, viewers can ride the globally renowned, legendary Shipstern Bluff in Tasmania, Australia while the kayaking VR course allows viewers to glide through the waters of Behana Gorge, Wooroonooran. In the mountain biking VR experience, users are taken to the terrains of Cairns, Australia, which hosted the Mountain Bike World Cup 2016.

Throughout the summer, the “Climb On in 360°” VR campaign will be available in 5,000+ bars nationwide through a Google Cardboard activation that combines the digital climb with a physical reward of a Coors Light, delivered by brand ambassadors immediately following the VR experience. The campaign will also integrate digital and social media elements by driving people to the 360° videos on YouTube.

Coors Light’s Facebook fans can get a look at each of the videos in 360-degree format, which are also available on the brand’s YouTube channel. When fans go to Coors Light’s Facebook page and click on any of the three 360-degree videos, they can use their cursor to shift the perspective. On mobile devices, users simply move the phone around to explore the landscapes on YouTube’s 360 video.

“Climb On in 360°” is a continuation of Coors Light and 72andSunny’s first campaign that encourages people to see their unique obstacles as opportunities and reward their own personal climb.