Support Local Eateries Across the US with #ArtFeedsTheSpirit 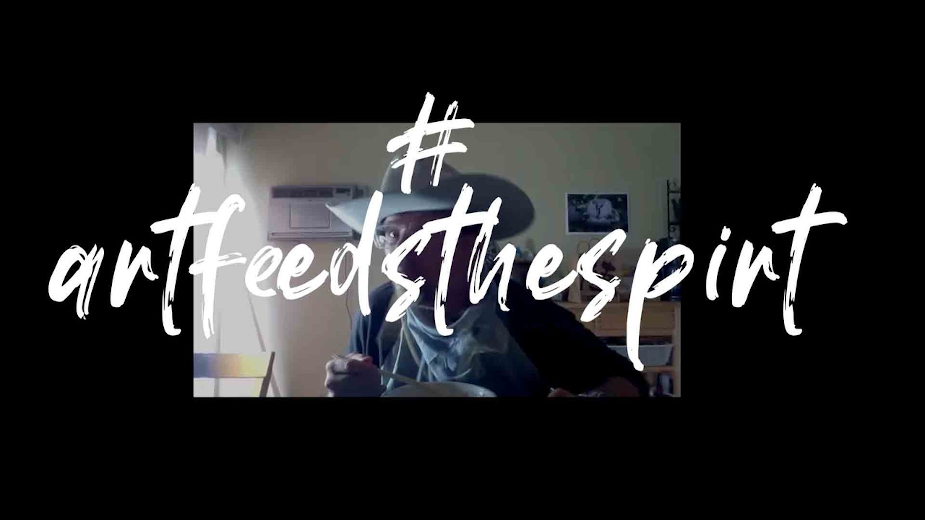 Iconic ‘bad guy’ Tony Montana binging Netflix while ordering dinner for his family from his favourite local eatery. Two outrageous video game characters engaged in an epic ramen slurp battle. Neither of these scenarios would turn up on the web were this not the Age of Corona, but as it happens content creator/filmmaker Warren Lam and creative director/publicist/comedian Hersh Rephun have teamed up to promote local restaurants struggling during the Covid-19 global pandemic. They note in a five-minute video about the project that the people who make and serve food are 'the first responders to people sheltering in place.'

“Local restaurants have been hit hard, so my first instinct was to create a movement to show some love, support, and maybe raise money,” explained Warren, who spent years in New York and now lives in Los Angeles. “There’s an urgency to this situation, and at the same time, we’re going to be dealing with the resulting challenges for a long time to come.” First and foremost, the undertaking is a morale booster, but Warren and Hersh have created a web page for #ArtFeedsTheSpirit, and encourage user generated content saluting local eateries. They also include a list of nonprofits and relief funds to which viewers can make donations.

“Making content keeps me sane,” said Hersh, whose initial reaction to lockdown was the formation of StandupStillStanding (@3xdailycomedy), dedicated to delivering the “minimum daily dose of comedy.” Well known as a writer and veteran publicist to some of the world’s top production and postproduction companies, Rephun is also a standup comedian who’s played gigs at The Comedy Store, Comic Strip Live, Funny Bone, Comedy Cellar, and more.

In fact, ‘Scarface as a Comedian,’ one of Hersh’s signature bits, appears in a branded content pilot directed by Warren, and serves as the inspiration for ‘Gangsters in Witness Protection Under Quarantine,’ a series set in an alternate universe where hardened criminals like Tony Montana  confront these strange times. The piece was designed to support friends of Lam, Jimmy Johns franchisees, and emphasise their restaurant’s five-mile fresh delivery during quarantine. The bit was extended for videos supporting Apres wine bar and bistro, and Yotopia frozen yogurt, both local faves of Hersh, who is quarantining with his family in Iowa City.

To promote Jinya Ramen in LA, Lam recruited actor friends Jessica Yang and Sean Humphries for ‘Slurp Fighter,’ “This was an organic process,” Warren related. “I was watching a video of this opera singer in Italy leading a quarantined community in ‘Nessun Dorma’ from their balconies and I thought ‘Art feeds the spirit and nourishes the soul.’”

“As hybrid creators, we understand brands and know when to put entertainment first,” said Warren of the videos. “When we strip everything down the basics, no fancy shoots, we rely only on creativity which is also part of the fun and charm. ‘Gangsters’ was shot on an iPhone and ‘Slurp Fighter’ used Zoom conference to the extreme.”

So, what’s next? After all, there are only so many eateries these guys can promote on their own. Given that restaurants’ challenges have no geographical boundaries, the creators envision an America’s Funniest Home Videos-style series, securing a brand or network to be the platform of distribution. Citing John Krazinski’s Some Good News as an example of celeb-supported inspirational content, Warren said, “The next step is to line up sponsors and celebrity hosts for a ‘feel good-do good’ series. For example, we’d love to have (Momofuku founder) David Chang on the show.”