Mother London encourage people to explore beyond their limits 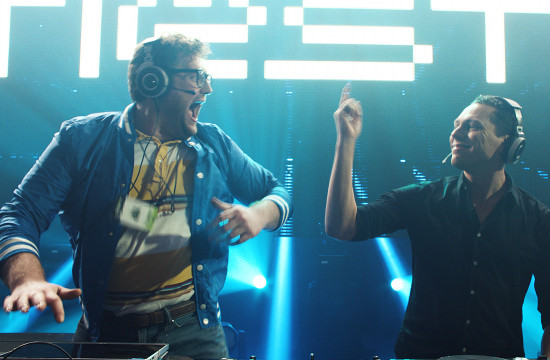 Tiësto, the Dutch DJ is the latest famous face to appear in the advertising campaign for Acer, encouraging people to explore beyond their limits.

The musician, voted #1 DJ by Rolling Stone Magazine appears in a new online film for the brand which breaks globally on 3 May.

In the spot, created by Mother, we are introduced to Tiësto’s assistant Vernon who shares his boss’s love of music and uses his Acer Aspire P3 both for work and exploring life beyond his day job.

Vernon organises Tiësto’s schedule on his Ultrabook™, but in his free time he uses it for DJing, to the annoyance of everyone but his boss.

Vernon’s DJ skills come in handy when Tiësto gets trapped inside a zorb during a live gig and he is called in to take over the decks. Not only does he save the day with his Acer Aspire P3, but he also gets the girl, in this case the model, Poppy Delevigne.

All media across Europe was planned and purchased by DWA, the Acer agency of record for EMEA media buying. The mix includes a heavy investment across online media with a significant focus on delivering rich ad interaction, video plays, social sharing and mobile distribution. Chris Bagnall, DWA’s Managing Director Acer Client Services said “this campaign evolves the explore beyond limits Acer brand promise and takes it to a new level for 2013. We are making full use of an online environment to engage people through a variety of different platforms, formats and targeting techniques”.

The film breaks online in USA, Germany, UK, and France on 3 May, and digital work is due to follow later in the year.