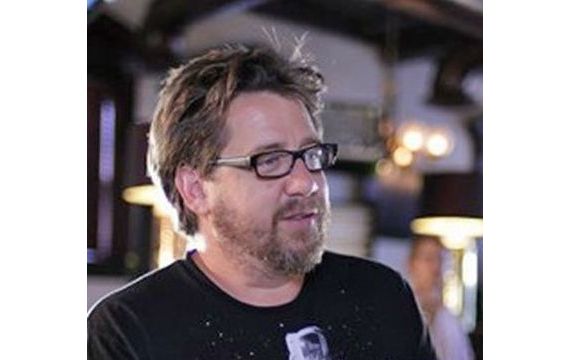 Los Angeles, CA - (October 18, 2010) -- Original, wry & sublime: Superlounge is a spanking-new production company launched by director Jordan Brady and EP Dave Farrell.  The two have collaborated on and off since 2000.

"After making great spots together for a decade, becoming partners in Superlounge just felt right," says Farrell, who has been an executive producer in the commercial business for fifteen years.

Jordan Brady and Dave Farrell developed Superlounge after teaming on a Shrek commercial for DreamWorks and McDonald's via DDB earlier this year. The duo also produced and directed an integrated (TV, print, web) campaign for Avery labels through Doner Irvine and the current Big O Tire campaign with Barkley.

Brady's talent for directing comedy performance can be seen in the hundreds of commercials he's created for leading agencies and brands. For this creativity, he has been honored with the industry's highest accolades including the AICP Show, Clio Awards, and Addys. Brady began as a stand-up comic then translated this experience to a successful directing career working with the famous, infamous and undiscovered comedic talent.  He's fun to Google.

"I Am Comic," Brady's insightful and humorous feature film looks at the world of stand-up comedy and features interviews with Sarah Silverman, Kathy Griffin, Tim Allen, Louis C.K., Rosanne Barr and over 80 more comics.  The film premiered at Slamdance 2010, screened on Showtime and is touring festivals, art house theaters and specialty venues while concurrently being released to DVD.  "I Am Comic" is Mr. Brady's fifth full-length feature film.

The company's inaugural signing is director David Neham, whose work includes the AICP Show-honored Tide "Have Fun," featuring a riotous, slow-motion food fight.  Neham has also directed visual effects-intensive viral spots for Seventh Generation and the impeccably cast and orchestrated commercials for abovetheinfluence.com.  Each of his diverse projects has its finger on the pulse of quirky comedy that walks the line between magic and reality.

Jeannette Godoy comes to directing via choreography and styling, giving rise to work that exemplifies attention to detail:  a refined blend of style and substance. As choreographer, Godoy has contributed to numerous features and music videos including the classic Sir Mix-A-Lot video "Baby Got Back."

EP/Co-Founder Dave Farrell has produced hundreds of spots all over the world with every type of director and agency known to mankind. In addition to Cannes Lion, Clio and AICP award-winning spots, Dave produced one of the most successful virals of all time -- Nutrigrain's "I Feel Great".

Superlounge is currently producing a Brady-helmed commercial featuring nationally known comedians, filmed before a live audience at the Laugh Factory on the Sunset Strip.  In addition to spot work, the company is in development with cable networks to produce original programming.  Naturally, Superlounge's first project is a short film series on next generation stand-up comedians.

For more on the company, please visit: www.superlounge.tv.