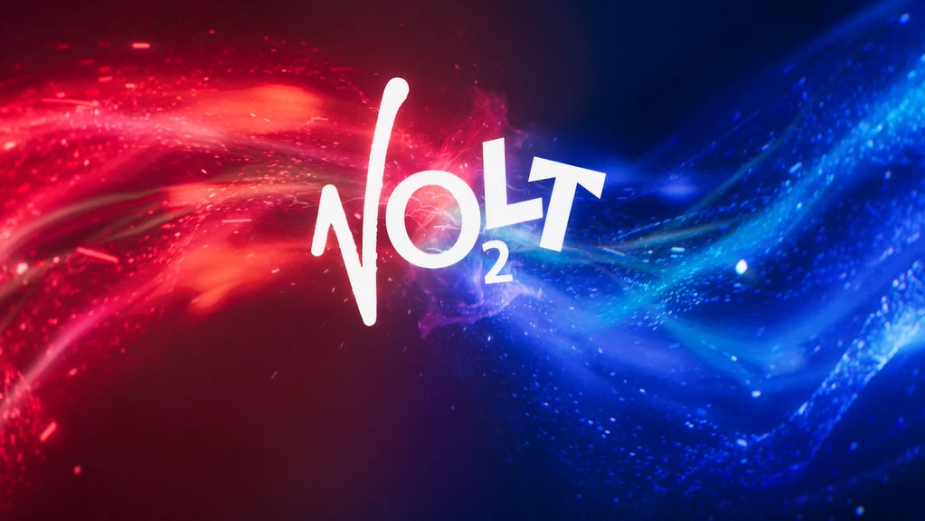 Today, Virgin Media O2 has announced the launch of its first ever joint proposition, Volt, with an integrated campaign running across the UK. Marking the first joint campaign since Virgin Media and O2’s £31bn merger earlier this year, it represents the beginning of a combined force that will supercharge the nation's connectivity by giving customers more.

The creative is a bold demonstration of how the best of both brands will transform the nation from good to great, whilst reimagining connectivity to deepen human connections. The campaign has been executed by VCCP London, following a competitive pitch in November 2020 and marks the beginning of a wider campaign, with more work to follow in the new year. VCCP worked with partners Electric Theatre Collective to develop a new campaign look and feel.

The campaign launches with a hero 10-second announcement film which visualises the power of Volt in a cinematic and immersive way. A longer explainer film will run online, across digital platforms and social media, allowing customers to understand truly how supercharged this proposition is.

The integrated campaign will roll out across TV, VOD, cinema, out of home which will include iconic landmark sites, social media, online video, stores, radio, bespoke press formats, high profile digital placements, and in customer comms - all chosen to showcase the campaign language in the most powerful way. A consumer PR campaign will be run by Hope & Glory and media has been planned and executed by Manning Gottlieb OMD.

Virgin Media O2 will tease its first proposition with a Twitter competition, #VoltMe, giving customers a chance to win a whole host of amazing tech prizes if they can time their tweet perfectly. A live counter on Twitter will show how many people have tweeted using the hashtag and pull through the entrants’ Twitter handles. The competition will run multiple times throughout Tuesday 19th October to give participants the chance to win a host of prizes. 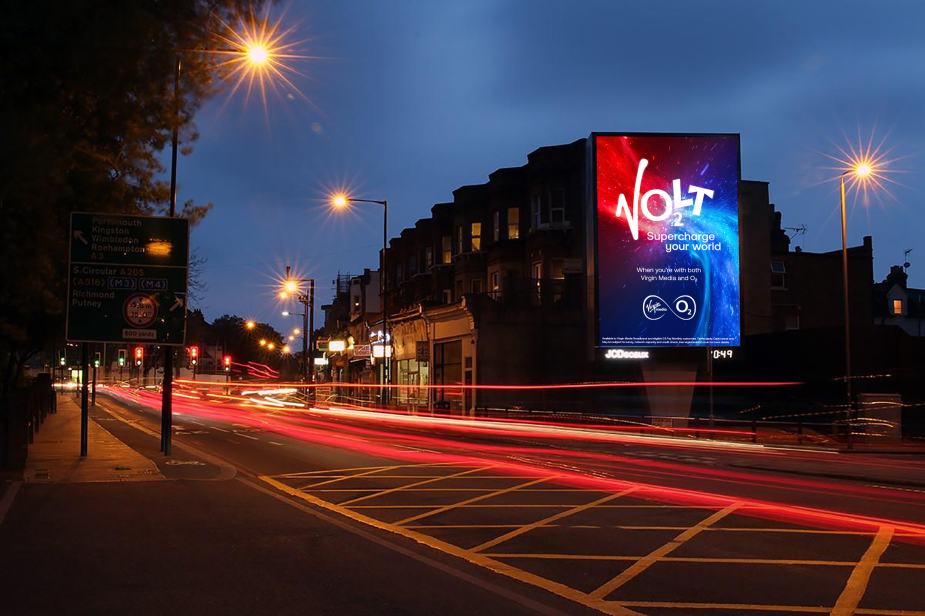 A Snapchat AR face and world lens has been created to enable consumers to immerse themselves in the energy of Volt. The lens will use Snapchat’s sky segmentation technology to showcase both red and blue energy forces colliding in the background, prompting the user to press the Volt logo which will release a power surge by tapping on the screen.

Discussing the new campaign, Simon Groves, director of brand and marketing at Virgin Media O2 said: “We’re really excited to launch our first proposition, Volt, and thereby offer much more to our customers. On day one we announced our ambition to connect more people to the things they love, bringing more choice, convenience and quality and we see this very much as the beginning of our mission and commitment to upgrade the UK through both innovation and investment.”

Laura Muse, creative director at VCCP London added: “Two of the most iconic brands in the country coming together is a big moment that deserves equally bold and beautiful work. The launch of Volt had to be simple, unmistakably branded and most of all, it had to feel electric. Because this is just the start of what’s to come; not just for the campaign but the brands, their customers and the whole of the nation.”

The new joint offering, Volt, comes less than 150 days since Virgin Media and O2 launched, building on the momentum of almost 13 million gigabit Virgin Media premises passed and 5G coverage from O2, expanded to 210 locations. Volt is available to new and existing customers of both Virgin Media and O2, offering them even greater value from their services, with added benefits including a broadband speed boost, double mobile data and more. Volt highlights Virgin Media and O2’s commitment to offer more choice, convenience and innovation with seamless broadband, entertainment and mobile services all available under one roof.

Virgin Media and O2 is the leading converged challenger in the market, pairing O2’s award winning mobile network and the UK’s fastest major broadband provider to enhance connectivity for customers at home and on the go. With Virgin Media’s rapid gigabit broadband rollout and O2’s commitment to deliver 5G to half the UK population in 2023, Virgin Media and O2 are just getting started.