Supercalifragilisticexpialidocious 8: The Magic of 'Less is More' in Production

The Influencers 1.0k Add to collection

INFLUENCER: Rothco’s Margaret Levingstone on the lessons millennials can learn from shooting on Super 8 in the digital era 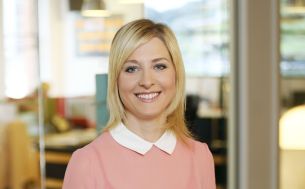 There’s a well-known production story about the ‘Step in Time’ scene in Mary Poppins; the dance routine took a full week to film and the choreography included not only large numbers of dancers and acrobats but a technically difficult routine that was rife with safety issues. After finally pulling off the perfect take, the exhausted crew realised that there was a scratch on the film and the whole thing had to be re-shot, inevitably throwing the whole production schedule off course. Directors working with analogue film had to be extra careful to ‘check the gate’ to avoid disaster. In today’s digital world it’s hard to imagine such a small setback having such a huge impact on a production.

The film vs. digital debate has been much discussed in recent years with the various arguments to the pros and cons vying for attention.  Most recently analogue film appears to be making a resurgence. In 2014, Kodak’s production of film stock came into threat, and almost ended the pioneering film business, until directors like Quentin Tarantino, Martin Scorsese, and Christopher Nolan got together in support of maintaining Kodak's production of film stock. Thankfully it was a fight they won. According to the chief executive of Kodak, the company has since gone from losing $100 million annually on its film business, to clearing a net income of $8 million in their last quarter (Aug 2016). This apparent resurgence of interest in tangible film begs the question - is digital better than film, or vice versa?

Of course, aesthetically it will always come down to personal preference but what the era of digital has meant, is that there is more opportunity for young film makers to break into the industry. Film-makers no longer require large pieces of kit or expensive film reels to create content. The technology is small, easy to use, and readily available.

When it comes to the advertising industry, flexibility and convenience are among the top reasons for the widespread adoption of digital cameras. But due to its many fool-proof abilities, when shooting on digital we have almost become complacent about the fact that we can capture unlimited footage until a film is perfect. If you make a mistake whilst filming digitally it doesn’t matter.  You can instantly playback what you’ve shot, and if there’s a problem, you can simply re-shoot, edit around the mistake, or fix it in post.

That simply wasn’t the case back in the day of shooting on film. Preparation was everything.   Cameramen had to be meticulous in their work to make sure there was a clean gate.  When a director shouted ‘check the gate’ the silence amongst the crew and set was almost palpable, waiting to hear if everything was ok to move on or if you had to start over again.

On a personal level, what really drove the debate home for me was entering the Straight 8 competition run by London director, Ed Sayers. After three years of retirement Ed re-launched the eponymous film-making competition, Straight 8 in Cannes in June 2016.

The premise of the competition is as follows. You receive 50ft of Kodak Super 8 Film (the equivalent of 3 mins 20 seconds). You get one chance to shoot your film.  This means either one long continuous take, or if you decided to have cuts, to shoot your story sequentially, stop the camera and start again for the next shot.  No editing or post production is permitted. Everything is done in camera, except for the audio which had to be recorded separately and synced. The old Straight 8 cameras didn’t record audio or have an audio feed, so we had to record the sound separately, guess the timings of what we had shot and hope it matched up.  Accuracy is key to success.

This process was so far-removed from what we are used to shooting day-to-day and it really threw into question some of the finer details of production that we take for granted with digital film.

Our multi-disciplined Rothco gang got together, discussed what would make a good story, then agreed what and how to shoot the film.  Keeping to the rules of play, we decided to keep it simple and tell a true tale about a colleague’s Dad who decided to take up oil painting.  His first portrait was of his muse, and so the story unfolded.

As it was our first time to shoot on Kodak Super 8 film, it forced us to think differently to how we normally work on digital because we couldn’t see what we were shooting.  Firstly, recording the narrative, trying to work out timings of each shot, making sure the visuals were interesting and hoping they would match the timings of the audio, all whilst not giving the gag away before the end of the film!

Unlike the process we are used to, there were so many what ifs; what if there was nothing on the film? What if there was no audio? What if it was rubbish and only we found it funny because it was our colleague’s story? When we finally watched our film play through on competition day, thankfully there was picture and there was audio, and low and behold some audience laughter too!

An observation of this process was that it definitely made us appreciate the challenges of film making and what preparation is needed before we shoot.

Debating this with the millennials in our gang they learned that sometimes less is more.   We have become so used to shooting take after take because we can, because it’s easy and it’s cheap.  But on reflection if we put our preparation work in at the start like we did in the analogue days maybe we could be more confident in our work.   Maybe Take No. 3 nails it and we don’t have to do 10 more safety shots just to cover our asses. Believe in our preparation and believe in our decisions.

In an industry and world of ‘more, faster, cheaper’, I think digital will always win out.   But that doesn’t mean that film should disappear from the process. As Kodak launch their new Super 8 camera, we at Rothco are looking forward to seeing what our millennials make of ‘less is more’

The €1000 prize money won at the competition was donated to Cystic Fibrosis Ireland.

Margaret Levingstone is Head of Content Production and Technology at Rothco