Super What? Why Playing to Win Makes Us All Losers 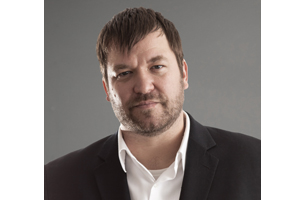 Sex doesn’t sell. Dogs do. And a tie is like kissing your sister.

In the 90s, when I was in grad school, the mother of a friend of mine was in town and ended up watching the Super Bowl at my apartment. This was before I even had a thought about working in advertising. But as a grad student, I was a pop anthropologist at the very least – and even when John Elway and Brett Favre were going at it, I was extremely interested in Super Bowl ads. This was apparent to our guest of honor, my friend’s 60-something mother. She commented: “I didn’t know sports were so cultural.”

At that time, a Super Bowl ad was the grand unveiling of a brand’s campaign for the year. It was the North Star for what you were going to see that year in marketing. The brand anthem that covered a year’s worth of product features. And you could actually watch these things play out. Like an oracle of culture, your papers and your thesis were prescient because no one seemed to realize (or, I didn’t realize) that what we were seeing was a profession and none of this was a coincidence.

Now with Super Bowl ads, the idea is to win. Not to set the criteria for what you will see, or set down brand guidelines for the people. Now, marketers want to win this one freaking game. Rule the roost on Twitter. Have Charlie Rose talk about your ad the next morning. And Gayle King. Marketers want the one hit wonder. Something that, with no context and a target of one gabazillion people, will register a modicum of delight.

Now, we’re living for this game where everyone from one to 111 years old, every shade of culture and color, is the target audience. So you get Katy Perry. And that is the level of your marketing. Meaning it’s tested and tortured and tagged until it comes up dogs and horses and horses and dogs and babies... but really more dogs. And if you try to make a joke about that, Barton F. Graf 9000, you are going to lose. Because across the demographic of everybody, there is no humor. There is no line to take a fake side on.

When I was in grad school, I thought Super Bowl ads were a window into culture – a beacon of what was to be discussed and danced around and poked at and embraced throughout the year. The Super Bowl was a prediction by freaking smart people of what was to come. Now, it’s not a mirror of culture, it’s the table stakes of human emotion. It is the base. As Ren reminded us in Trainspotting, it’s “the lowest of the low”. And in that way, the Super Bowl is like the World Cup. Everyone is playing for the tie.