Super Bowl XLIX: Which Commercials Showed the Best Use of Music? 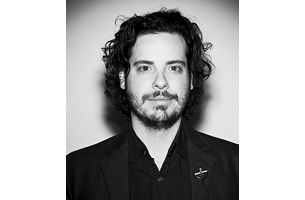 The music behind the ads of the big game can make or break a spot. The #SB49 ads engaged a mix of tried and true artist classics, remakes, quirky originals and emotive instrumental music. Aside from the other big music moment - Katy Perry's firecracker half-time show - here was the music that helped the best ads stand out...

The Winner: In my opinion, Jeff Bridges won the Super Bowl for Squarespace. In that ad, he did nothing but audible circular breathing. The concept was amazing and it drew me (and many others, I'm sure) to the fake site, which turned out to be a pretty insane music activation. I try to sell concepts like this all day, so I’m glad to see brands taking chances and utilizing music as marketing. Really cool all around. ‘The Dude’ abides.

The Turbo Tax spot, in which the original tea partiers (in Boston Harbor) are mollified when British troops inform them that they can file their taxes for free, was very strong. As order is restored, Bob Dylan’s ‘The Man in Me’, plays to the end of the spot.

For great stories using utilitarian and uplifting music to advance them, the ‘Like A Girl’ campaign and Fiat’s use of a little blue pill to introduce its new Fiat 500 X crossover vehicle, were strong in a myriad of ways. The Fiat ad in particular didn't feature music as the star, instead using melody to play a nice, supporting, comedic role.

Dodge’s ‘Wisdom’ spot, featuring elderly people dispensing a lifetime of advice, had an effective misdirect and the build up in its musical score came with a worthy payoff. It gave me chills.

Finally, the last of the admirable mentions was the live-action, live-DJ'ed Pac Man game in Bud Lite’s spot, Colin. It was epic in its use of ‘80s nostalgia and the dying eight-bit electro trend. Anamanguchi's record sales should be soaring from this commercial.

The Near Miss: The Loctite spot featuring dancing people wearing fanny packs was so on point, but they missed the perfect Snow integration. Who could ever forget ‘The Informer’ when thinking of faux white reggae? Sheesh.

The Losers: Budweiser's storyline of a lost puppy who finds his way home with the help of the Bud Clydesdales used a Bon Iver-esque version of The Proclaimers song ‘I’m Gonna Be (500 Miles)’. This instantly reminded me of briefs we get at least once a week asking us to make ‘something cool’ or ‘old meets something safe’. Ugh.

Not really a music bugbear, but Toyota’s ‘My Bold Dad’ spot (in which a man drives his daughter to her destination as an Army recruit) was pure military propaganda, which I could easily obtain from going to see ‘American Sniper’, rather than watching a sporting event in which men strategically take the field and charge the other side to show off the might of a country. Oh wait, never mind...

The Worst: And the worst ad of the Super Bowl from my musical perspective was from Jeep Renegade for its use of Woody Guthrie’s folk classic ‘This Land Is Your Land’. Woody is rolling in his grave.